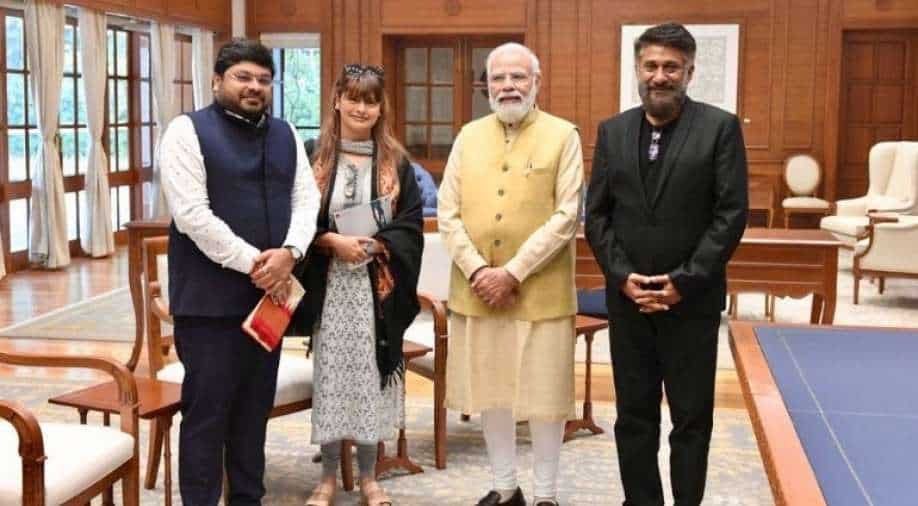 The film, which was released in theatres on March 11, earned Rs. 3.55 crores on its opening day.

The film revolves around the genocide of Kashmiri Pandits in 1990 and stars Anupam Kher, Mithun Chakraborty, Darshan Kumar, and Pallavi Joshi in pivotal roles.

'The Kashmir Files' Twitter Review: Netizens call it a heart-wrenching story that everyone should watch

Abhishek Agarwal shared pictures of their meeting with the Prime Minister on his Twitter handle and wrote, "It was a pleasure to meet our Hon`ble Prime Minister Shri. Narendra Modi Ji. What makes it more special is his appreciation and noble words about #TheKashmirFiles. We`ve never been prouder to produce a film. Thank you Modi Ji."

Vivek Ranjan Agnihotri retweeted this and added, "I am so glad for you @AbhishekOfficl you have shown the courage to produce the most challenging truth of Bharat. #TheKashmirFiles screenings in USA proved the changing mood of the world in the leadership of @Narendra Modi."

What to watch this weekend? From Radhe Shyam to The Kashmir Files

The film, which was released in theatres on March 11, earned Rs. 3.55 crores on its opening day.