'The Big Bull' review: Abhishek Bachchan casts an inconsistent shadow of an underdog that fails to connect 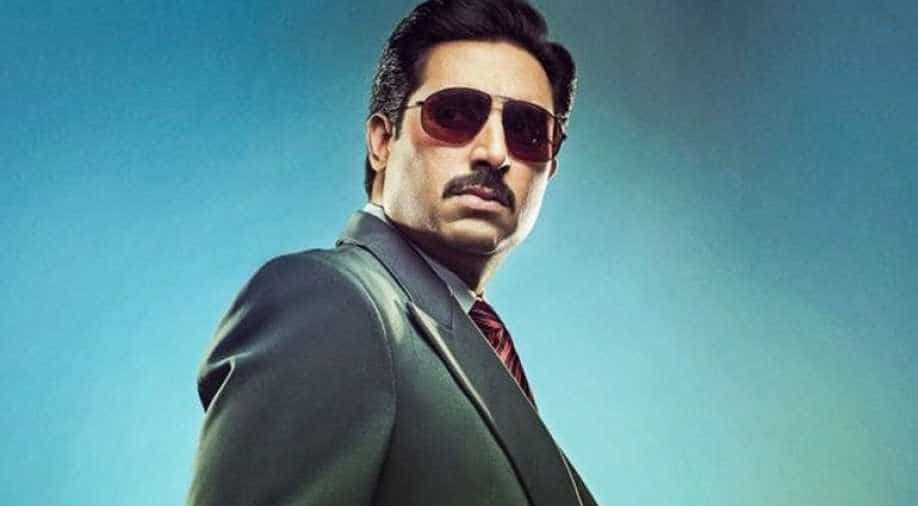 Kookie Gulati's The Big Bull oscillates between finding a ground between being inspirational and between the grey area of success and greed. In turn, it only achieves confusion.

It’s always a big task to let go of the shadow of something huge while doing something similar. Abhishek Bachchan starrer ‘The Big Bull’ deals with not one but two such big shadows. Loosely based on the life of now popular ‘scamster’ of the early 90s, Harshad Mehta, the film has been greatly compared to Hansal Mehta’s critically acclaimed series ‘Scam 1992’ as soon as it was announced. Competing with a show loved and admired by all with a breakthrough performance by Pratik Gandhi, The Big Bull does a terrible job.

The second shadow the show is under is Abhishek Bachchan’s Guru. The actor who won the hearts of many playing the cunning, rising, ambitious Gurubhai in Mani Ratnam’s film, struggles hard to play a somewhat similar role of an underdog rising to success. Now you want to root for Abhishek, but the story, pace and lazy homework of the film pull you back.

Kookie Gulati's The Big Bull oscillates between finding a ground between being inspirational and between the grey area of success and greed. In turn, it only achieves confusion. At the core of the drama is Abhishek Bachchan, who steps in the shoes of Hemant Shah, a stockbroker, who gets the taste of the stock market after finding himself in a tight spot and later, takes it upon himself to ‘rebuild a country on the brink of bankruptcy. The makers try hard to present Hemant as the middle-class rebellious soul who wants to revolutionise the country by finding loopholes in the working of the banking sector.

Often called the messiah of the common man, Hemant referred to himself as the 'Big Bull' or like he said, "He was, is and will always be the Big Bull." As suggested by the title, the film is his story, told by the journalist who nearly ruins his life.

The film paints Hemant Shah as a dreamer who stopped at nothing to realise his dreams. He only knows how to run or fly, just doesn’t know how to stop (Hello, Bunny from Yeh Jawani Hai Deewani, are you listening?

As Hemant, Abhishek is buried by the weight of his ‘Guru’ persona, even the mannerism and postures remind you of the film. Nikita Dutta’s presence in the film is as confusing as the script, barely-there without evoking any emotions. As his brother and right-hand, Sohum Shah is passable and Ileana D'Cruz, who plays news reporter Meera Rao, will make you question your own dedication as a journalist. It's difficult, for once, to figure out if she’s a print journalist or a broadcast journalist. (or maybe it’s just the journalism fraternity finding flaws)

As for Ram Kapoor, Saurabh Shukla, Supriya Pathak and Samir Soni, they are as effortless as they come in their parts. Wish the makers could've used more of them, but then there’s only so much you can do in a lazy script and equally lazy execution.

Had better editing and shorter duration made it a better watch? Maybe. A one-minute montage on Carry Minati’s song would have sufficed the film. This film is a huge bore on every front possible. The only request to the filmmakers now is to use the brilliance of Abhishek Bachchan. It’s high time we put him out of the Guru persona, there’s so much about him to like, it always falls an inch short mostly because of the execution.

So give this one a skip and save your time, and if you really want to watch it, don’t.