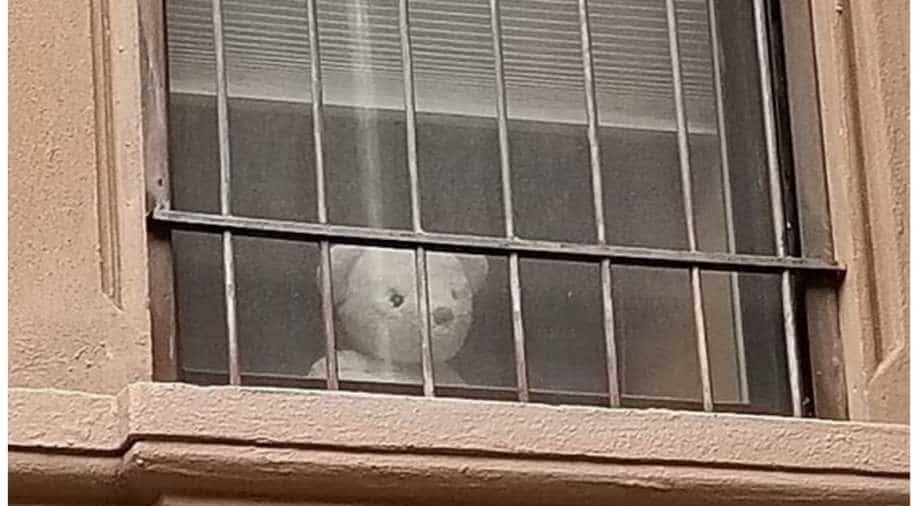 A teddy bear placed near the window Photograph:( Twitter )

This has now helped homes keep children safe and busy while at home.

While some are finding solace and entertainment in binge watching shows and films at home, there are others who are busy spending time with pets. But when you have a baby at home, what do you do? Well, New Zealand has an answer to that!

In new reports from New Zealand, parents there are keeping children occupied during quarantine by participating in nationwide teddy bear hunt including the prime minister.

The nationwide hunt is inspired by popular children’s book ‘We’re Going on a Bear Hunt’ by Michael Rosen. This has now helped homes keep children safe and busy while at home. Thus you can see people from New Zealand posting pictures of hidden teddy bears peering from windows and other nooks and corners of homes.

The prime minister, Jacinda Ardern, confirmed she too had placed a teddy in the front window of Premier House in Wellington, where she is in lockdown with her fiancé, Clarke Gayford, and toddler, Neve.

In Pictures: From 'Contagion' to 'Simpsons', movies & shows that predicted coronavirus years back

According to the New Zealand organiser Annelee Scott, the hunt is designed to “entertain our little ones” but the bears have kept self-isolaters busy as well, meticulously arranging their window displays, swapping bears in and out, giving their teddies different outfits each day, or moving them to hard-to-spot corners of the front garden.

The teddy bear hunt is now a global pastime as millions upon millions enter self-isolation. The motto of the book – “We’re not scared” – has resonated for many.

#bearhunt day 7 - the Aussies in the clan are on duty today pic.twitter.com/KdjyKH6ufq

New Zealand has more than 600 confirmed cases of coronavirus.