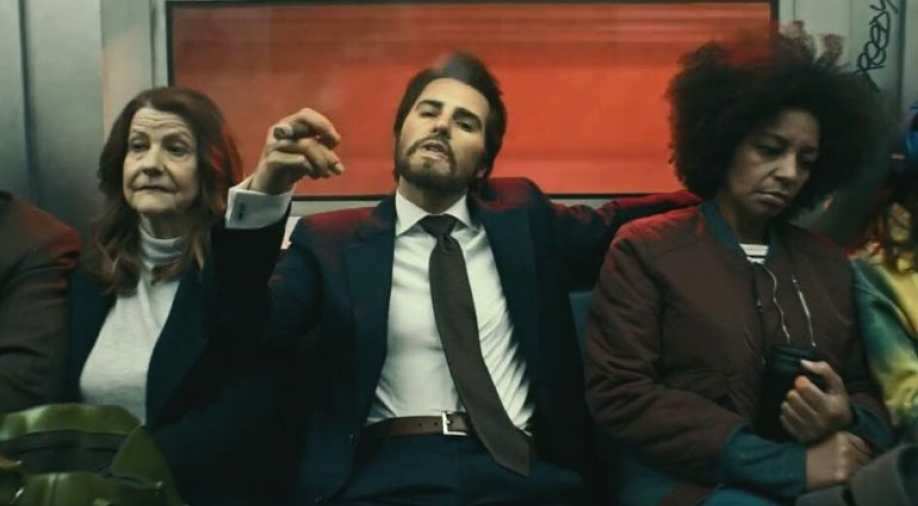 Taylor Swift in a still from her latest music video 'The Man'.  Photograph:( Others )

Taylor Swift made her directional debut for her single `The Man,` which calls out male privilege and sexism.

Taylor Swift has created history again. The singer-songwriter picked up the Best Direction award at the MTV Video Music Awards on Sunday night and became the first female solo artist to have won in the category.

The 30-year-old songstress made her directional debut for her single `The Man,` which calls out male privilege and sexism.

In the video, Swift dresses up as the male character and shows how much easier life would be as a man.

In the music video, the `Love Story` singer underwent a major transformation using prosthetics and a movement coach to become a man. Dwayne Johnson provided the voice-over for Swift`s speaking parts in the video."Guys, this is amazing. This is the first video I`ve ever directed on my own and I just -- I`m so grateful for this. I want to take an opportunity to say thank you for the team who believed in me as a first-time director and made this video with me," Swift said in her VMAs acceptance speech on Sunday.

She continued by giving a shoutout to the team who helped bring her vision to life."My DP, my AD, my editor, Ethan, Joe, Bill and his team for turning me into a guy, which was very thrilling. I also want to thank two women that I`d worked with convinced me that I was up to the challenge of directing on my own and those women were my producers on this video, Rebecca Skinner and Jil Hardin. Thank you for that," Swift continued.

The `Me!` singer added "I was told this was an industry-voted award so I want to say thank you to everyone in the industry who voted for this video. I also really want to thank the fans because you are the only reason the industry cares about anything that I do and everything that you have done this summer."

"I`m so blown away and taken aback by your generosity to me. Thank you for everything. I hope I get to see you soon," she concluded.