'Tanhaji: The Unsung Warrior' new poster featuring Kajol as Savitribai Malusare is out 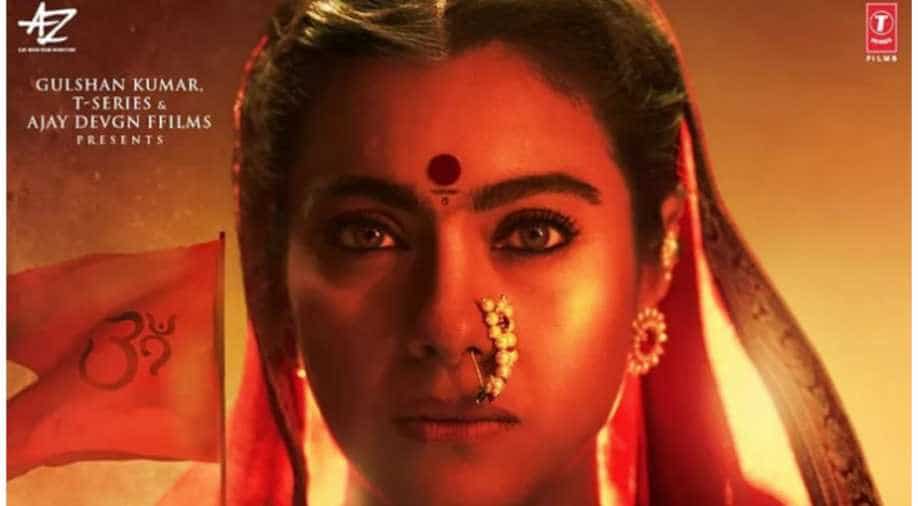 The film is produced by Ajay Devgn’s ADF and Bhushan Kumar’s T-Series. It will release on January 10, 2020.

Makers of ‘Tanhaji: The Unsung Warrior’ have now revealed another poster and this time it features actress Kajol who essays the role of Savitribai Malusare in the film.

Savitribai Malusare was the wife of Tanhaji, played by Ajay Devgn in the film. This will see the real life couple come together to play a couple on the screen after several years. The two keep their private lives guarded and make public appearances together far and few in a year so it will be interesting to see them keep their guard down as they act as husband and wife.

Earlier, he had shared a poster featuring Saif Ali Khan in which the actor can be seen wearing kohl in the eyes and with a sword in his grip as he looks menacingly into the camera. Saif plays a character named Udaybhan. Ajay Devgn shared the poster and captioned it, "Udaybhan Ke Darbar Mein Ghalati Ki Maafi Nahi Sirf Sazah Milti Hai...#TanhajiTheUnsungWarrior, in cinemas 10th January 2020. #TanhajiTrailerOnNov19 #SaifAliKhan @itsKajolD @omraut @itsBhushanKumar @ADFFilms @TSeries @TanhajiFilm."

The period drama film also features Sharad Kelkar and Pankaj Tripathi. It is set in the 17th century and is directed by Om Raut. It is based on the life of Tanaji Malusare, an unsung warrior of Indian history and the military leader in the army of Chatrapati Shivaji Maharaj, founder of the Maratha Empire.

The film is produced by Ajay Devgn’s ADF and Bhushan Kumar’s T-Series. It will release on January 10, 2020.