Taapsee Pannu to pair up with Vikrant Massey in next: Report 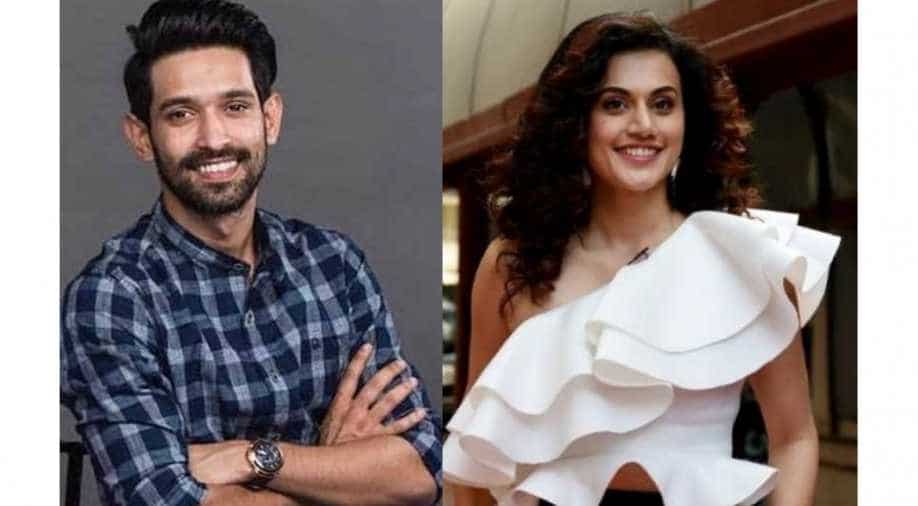 A source close to the film reportedly said, “The makers thought a fresh pair would work in the film’s favour as it will keep the mystery element intact since there will be no preconceived notions about them as a couple.”

Busy with shooting for Anubhav Sinha’s ‘Thappad’, actress Taapsee Pannu has reportedly signed up for a film opposite Vikrant Massey. The two will work in Vinil Mathew’s romantic thriller.

This will be Vinil’s second Bollywood venture as it rolls out in January, according to a report by Mumbai Mirror. A source was quoted in the report saying, “The makers thought a fresh pair would work in the film’s favour as it will keep the mystery element intact, since there will be no preconceived notions about them as a couple.”

Taapsee Pannu is on a roll post the success of her last film ‘Saand Ki Aankh’ that had her playing world’s oldest sharpshooter along with Bhumi Pednekar. She was also in news for her comment on the panel of International Film Festival of India where when she was asked to speak in Hindi because she is a Hindi actress, she said should she speak in Telugu and Tamil too considering she has done films in those languages too.

After the video of the incident went viral, Taapsee tweeted, “Wow! In hindsight, it was actually a conversation on ‘fire’! Thank you @iffigoa and @maddymatters. My debut there will surely be a memorable one for a lot of us I guess. See you next year.”

Meanwhile, Vikrant Massey will be seen opposite Deepika Padukone in ‘Chhapaak’ that is slated for 2020.