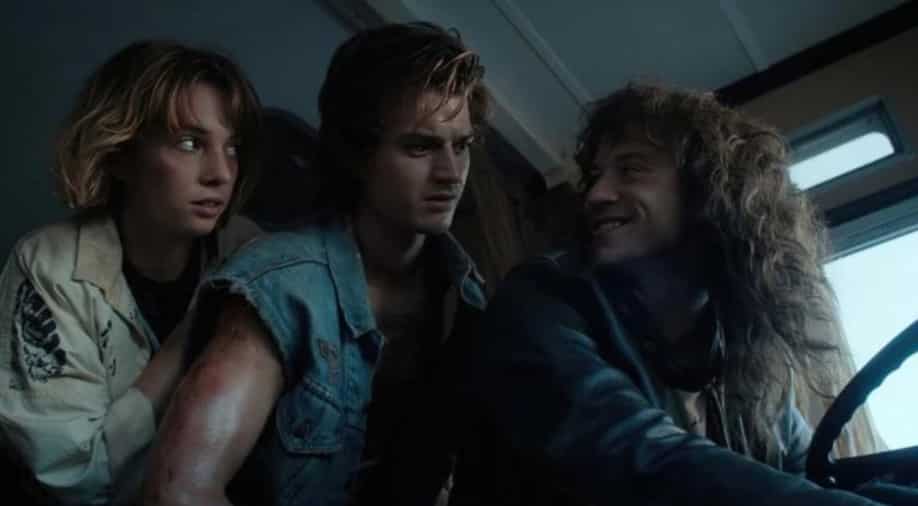 The much-awaited trailer of 'Stranger Things season 4 volume 2' has left netizens excited and many are speculating a dramatic and explosive end to the finale episode.

The official trailer of Netflix's 'Stranger Things season 4 volume 2' is finally out and fans are beyond excited for its release. The massively popular horror sci-fi series has two more supersized episodes in the penultimate season and they will release on July 1 on the giant streaming platform. And, fans will finally get to see how the four disparate storylines will unite.

The recently-released trailer shows Eleven trying to return to her friends in Hawkins, while Brenner feels she's "not ready" to return to her former level of power. He says to her, "your friends are not prepared for this fight," and adds ominously, "Hawkins will fall."

On the other side of the world, in Russia, Joyce (played by Winona Ryder) has managed to break a very much alive Hopper (played by David Harbour) out of prison. He takes the help of Murray (played by Brett Gelman)

When Volume 1 came to an end, all the Hawkins natives were spread out all over the world and Upside Down.

As per reports, the eighth episode of the series, titled “Papa,” will be 1 hour and 25 minutes and the ninth episode, titled “The Piggyback,” will run for 2 hours and 19 minutes.

'Stranger Things` first premiered on Netflix in 2016 and it immediately gained a massive fan base. The first seven episodes of Season 4 of the show broke the record for Netflix`s biggest ever premiere weekend. And Season 4 is already the No. 1 English-language Netflix season, as per Variety.

Also read: 'Doctor Strange in the Multiverse of Madness' to hit OTT platform on this date