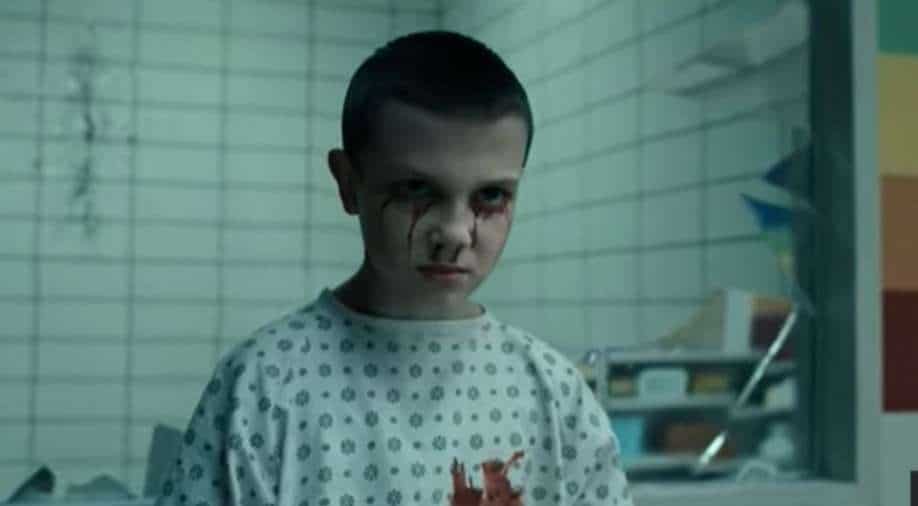 'Stranger Things' season four will premiere in 2 parts- with the first one coming out on May 27 and the second on July 1.

The makers of 'Stranger Things' are doing all things possible to keep the fans excitement on edge. As the show's season 4 date is nearing, makers have dropped yet another intense clip from the upcoming part one of season 4.

On Friday, the first eight-minute clip from the season was unveiled and it will surely raise the expectations among the fans.

The clip takes us to the year 1979 and is all about Doctor Martin Brenner and his deadly experiments at Hawkins National Laboratory and
also shows the horrifying past of Eleven and how she's escaped from the doctor's trap.

The clip starts off showing a pleasant morning with birds chirping and takes us to the Doctor's daily morning routing until he heads towards his work at Laboratory. As like always, he starts off his day by doing research on one child who is caged in his laboratory.

brenner: what have you done?
us: we’ve given you the first 8 min of season 4 AND the episode split announce. ⬇️

This time he's doing an experiment on the inmate named Ten. While he's asking questions, Ten discovers something unusual is going on with six and in seconds he says that both Six and Dr Ellis are dead. Things turn gory and Brenner witness the dead bodies of doctors and children in his laboratory.

As he moves forward to find out the creature who's behind the deaths, he finds out Eleven standing with bloody eyes, ''What have you done?” Brenner says before the clip ends.

The new season is full of deadly creatures, a gory past and will be much darker than we expected.

This season will premiere in 2 parts- with the first one coming out on May 27 and the second on July 1.