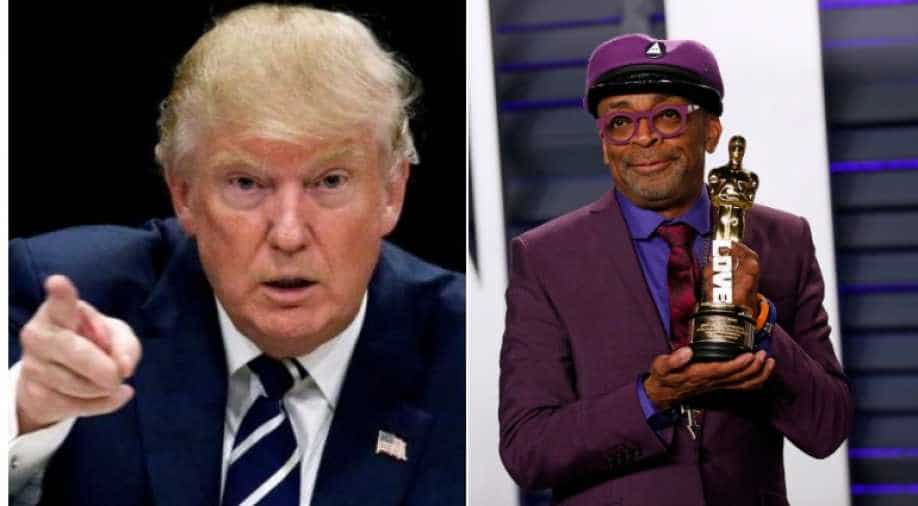 Lee who has been a vocal critic of Trump and his presidency then gave thanks for the award given for his pandemic-era short film 'New York, New York.'

Lee, 63, gave a somber acceptance speech for the honorary award presented by Martin Scorsese at the virtual awards show. The 'Da 5 Bloods' director filmed the acceptance speech on Jan. 6, "a very sad day in the history of America," when pro-Trump rioters stormed the U.S. Capitol building.

"You know what, we are living in a very serious time in America. All of us as true Americans have to really think about what’s important," said Lee in his speech. "There’s no way possible to go before the iPhone and thank you without telling you what’s in my heart and soul as a descendent of slaves who helped build this country."

The whole world is laughing at the United States, the so-called cradle of democracy," he added.

"We’re at the crossroads now. And everyone please be safe, this is not a game. These people have guns with ammunition," said Lee. "This president, President Agent Orange, will go down in history with the likes of Hitler. These guys, all his boys, they are going down on the wrong side of history."

Lee who has been a vocal critic of Trump and his presidency then gave thanks for the award given for his pandemic-era short film 'New York, New York.'

"He would have thanked God, first and foremost, his mother, and his father," she said. "Chad was a New York actor. He knew the New York hustle. So he unfazed by much when he got to Hollywood because in New York he was at war."

'Da 5 Bloods' star Norm Lewis presented the award to Boseman, who died in August 2020, saying, "He'll forever be remembered for his versatility and his immense talent."

In the list of winners, Delroy Lindo took the best actor for his role as conflicted Vietnam veteran Paul in 'Da 5 Bloods'. Bulgarian actress Maria Bakalova, of 'Borat Subsequent Moviefilm' received the best actress award, saying the award was an inspiration for Bulgarian actors that "things like this can happen."

When Trump accused Spike Lee of taking 'racist hit' at him

Frances McDormand presented the best director award to her 'Nomadland' director Chloe Zhao, saying "it was one she most deeply deserves." Zhao said it was at New York University where she "learned how to take my first steps as a filmmaker."

Best film went to 'First Cow,' presented by "Parasite" director Bong Joon Ho, who said he is "often awed" by director Kelly Reichardt, calling the film "a unique story" and "a story only Kelly could make."