'Spider-Man: Far From Home' crushes 'Crawl,' 'Stuber' at the US box office 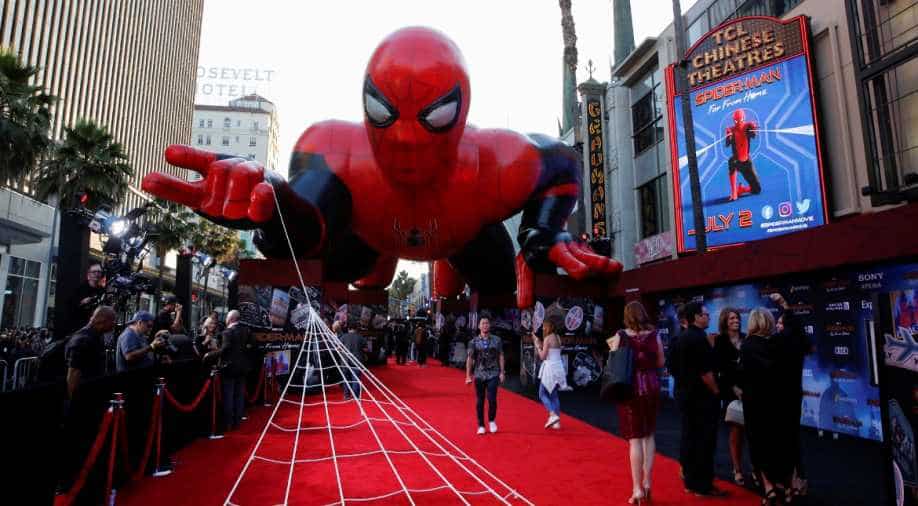 A giant spider-man balloon is seen above the red carpet along a closed Hollywood Blvd. outside the TCL Chinese Theatre for the World Premiere of Marvel Studios' Spider-man: Far From Home Photograph:( Reuters )

The superhero tentpole collected another $45 million, boosting domestic grosses to $274 million. This weekend's haul represents a 50% decline in ticket sales from its inaugural outing, a stronger hold compared to its predecessor, 2017's 'Spider-Man: Homecoming.'

The 23rd adventure in the Marvel Cinematic Universe has crossed the $800 million mark worldwide, with box office receipts at $847 million. It's now the biggest 'Spider-Man' film internationally with $572 million.

'Crawl' secured the best start among fresh offerings, but neither newcomer managed to pack theatres. Paramount's disaster thriller landed in third place, biting into $12 million when it debuted in 3,170 theatres. The studio shelled out $13.5 million in production fees. Directed by Alexandre Aja, 'Crawl' follows a father and daughter (Barry Pepper and Kaya Scodelario) who are forced to escape a pack of hungry alligators after a massive hurricane hits their Florida town.

A majority of ticket buyers were between the ages of 18 and 44. Overseas, 'Crawl' pulled in $4.8 million from 20 international markets for a global start of $16.8 million.

Falling not far behind is 'Stuber,' Disney's first R-rated release since inheriting Fox's film assets. The buddy comedy pulled in $8 million from 3,050 venues, on par with expectations but a lacklustre start for a film that cost $16 million to produce. In 'Stuber,' Nanjiani plays an Uber driver who unwittingly becomes part of a his passenger's (Bautista) arrest operation.

Males accounted for 56% of opening weekend crowds, while 65% of audiences were over the age of 25.

A number of holdovers filled out domestic box office charts. In the second place, Disney's 'Toy Story 4' stayed strong, generating another $20 million during its fourth weekend in theatres for a North America tally of $346 million. Rounding out the top five is Universal's Beatles musical 'Yesterday.' Directed by Danny Boyle, the romantic comedy made $6.7 million in its third outing, bringing its domestic total to $48 million.

BTS on Jimmy Fallon show: Here's everything you need to know about the special episode