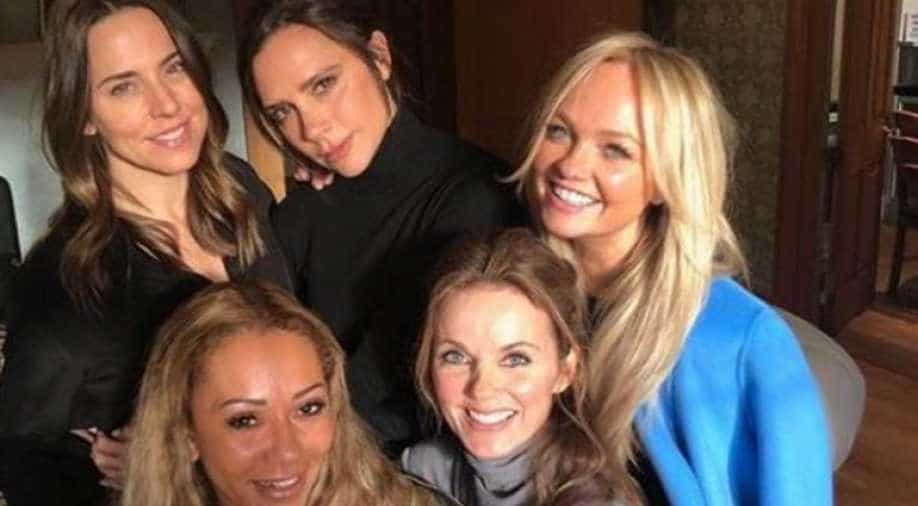 Victoria Beckham aka Posh Spice posted this photo on her Instagram. Photograph:( Others )

Singer and member of the hit 90s all-girls band, Mel C has revealed that The Spice Girls want to return and hope to persuade Victoria Beckham to join them.

The Spice Girls want to return to the US for their 25th anniversary.

Singer and member of the hit 90s all-girls band, Mel C has revealed that The Spice Girls want to return and hope to persuade Victoria Beckham to join them.

According to the Mirror, the singer admitted that the band were 'working on it' when asked if Victoria, 46, was 'persuadable' to return for the anniversary tour after failing to join them on the 2019 shows.

"We do not have any plans, but we are hooking up quite soon and that needs ­certain discussion. We need things to look forward to and we can make good plans for something positive in the future," the singer said.

She admitted it 'would be rude' not to celebrate their impressive milestone.She insisted 'it's a perfect time' to produce a biography movie based on the girl band. Fans were delighted when the musician joined Geri, Mel B and Emma for an epic nationwide tour - sans Victoria - last year.

Known as the Sporty in the Spice Girl universe, Mel C also said that she'll 'do everything in my power' to ensure the group go on tour next year but highlighted that there may be a delay as artists across the globe have had to postpone their performances due to the coronavirus pandemic.

'Of course this year has thrown everything into chaos, I think a lot of the big artists that were planning to perform this year will move to next year. So sadly it probably will delay the Spice Girls getting back on stage, but I’m doing everything in my power to make that happen.' she said.

In September, it wasn't clear whether the band were going to be able to tour next year amid the coronavirus pandemic.  They were thought to be planning another treat to mark their 25th anniversary, with one idea to remake the iconic 1996 'Wannabe' video.

'Wannabe' was a huge hit for The Spice Girls and became their best-selling song after it was released in 1996.