'Sorry that I was not your mother': Actress' poem for President Putin gets hilarious reactions on Twitter 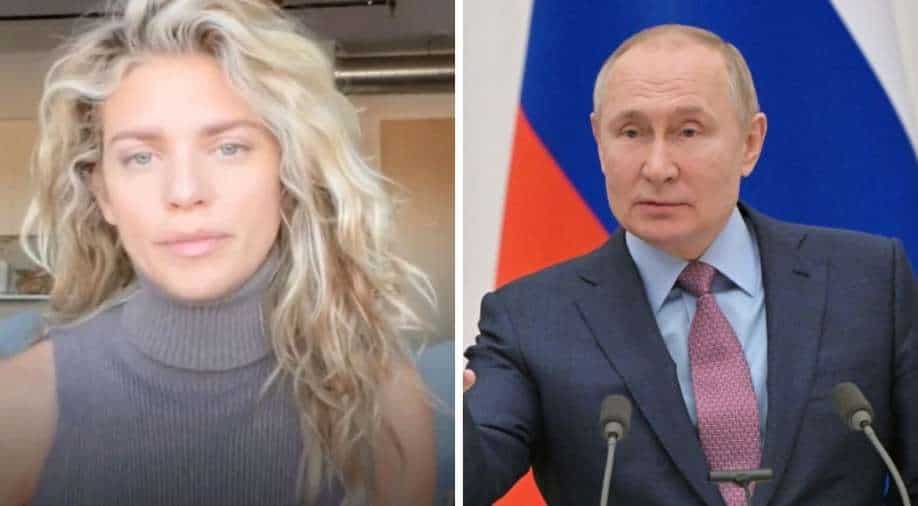 AnnaLynn Mccord's poem for Putin has not gone down well on the internet Photograph:( Twitter )

A video by an American actress AnnaLynne McCord is drawing a lot of flak on the internet.

Amid the ongoing Russia- Ukraine crisis, a video by an American actress AnnaLynne McCord is drawing a lot of flak on the internet. McCord penned a poem for Russian President Vladimir Putin as a response to Russia's invasion of Ukraine.

The poem is titled 'I'm So Sorry That I Was Not Your Mother' and the video has the actress reciting the poem.

Ukraine invasion: What sanctions have been imposed on Russia?

“If I was your mother, you would have been so loved. Held in the arms of joyous light. Never would this story’s plight.

The world unfurled before our eyes. A pure demise of a nation sitting peaceful under a night sky.

If I was your mother, the world would have been warm. So much laughter and joy, nothing would harm.

I can’t imagine the stain, the soul-stealing pain that the little boy, you must have seen and believed, and the formulation of thought quickly taught, showed that you lived in a cruel, unjust world.

Was it because so early in life all that strife wracked your little body with fear?"

The video has been viewed over 22 million views but has been called 'distasteful' and 'unacceptable'.

While most condemned Putin, they also felt it was unfair to drag the leader's mother. Some called the actress out, while others had funny reactions to her poem. Have a look.

the internalized misogyny in this. how is it a woman's fault that an old ass grown man decided to be one of the worst people in history. https://t.co/B0dOxlLqum

yes more tummy time would have prevented this

Sad day for me, too. I will never make anything this funny.

When I was 7, we had an answering machine that could play back what it recorded & I would call it with our home phone and record myself acting out scenes of me dramatically running away or dying or whatever and then play it back so I could hear myself acting

That's what this is https://t.co/ri7N4edJYq