Sonam Kapoor on Rajkumar Hirani: We should reserve our judgement about him 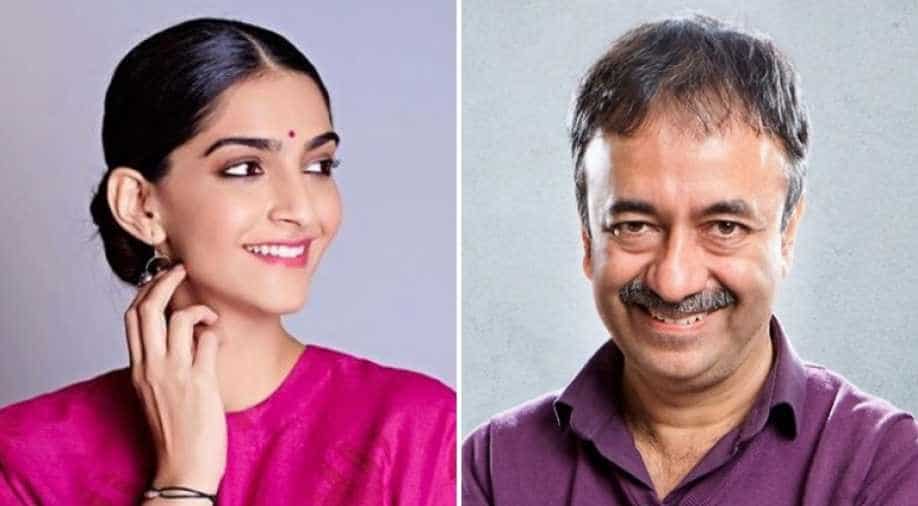 Sonam, who has lent her voice to the #MeToo movement in the past, said more understanding is needed about the movement.

Rajkumar Hirani may have maintained a stoic silence ever since his name got embroiled in the #MeToo movement, but the director's colleagues in Bollywood have been batting for him ever since the controversy broke out. The latest to join the list of supporters is actress Sonam Kapoor, who while promoting her upcoming film 'Ek Ladki Ko Dekha Toh Aisa Laga' said that while she is a supporter of the #MeToo movement, judgment should be reserved in the case of filmmaker Rajkumar Hirani.

“I am a huge supporter of the #MeToo movement and this is a very important question... This is not the right platform because our film is as important as the movement.

“I know Raju Hirani very well, I have known him for many years and I have huge respect for him as a filmmaker and as a man. I think we all should reserve judgement and be very responsible before we say anything more on this subject.. Because we don’t need to derail this movement,” Sonam said.

Sonam, who has lent her voice to the #MeToo movement in the past, said more understanding is needed about the movement. “Media and all journalists don’t understand how important the pen is, how important your voice is and it can make or break a person’s life. So wait, do proper research and ask what is actually happening and understand what is actually happening. I promise after the film releases, I will have something to say.

“But till things are not clear, don’t make click-bait articles and play with somebody’s life. It will derail the movement completely.” She further added, “I always want to believe a woman but suppose by chance, if it is not true, then how bad it will be for the movement, especially if it is somebody like Raju Hirani.”

The actress urged people to have a better understanding of the issue. “With Tanushree Dutta (who kicked off the #MeToo movement in India last year) there was a lot of truth in the article, there was a lot of research done, lot of people came forward.. So you understand where it is coming from.”

Sonam said she would want to believe every woman but asserted in case of Hirani one needs to reserve judgement. “This film is important and it should not become about that. If I have to sit down and talk about it, I can talk about it at length but we need to be careful about the people we accuse and people whose side we take. You have to take side and I don’t believe in sitting on the fence so I will take my side when I have to,” she said.

Hirani was earlier credited as the co-producer of 'Ek Ladki Ko Dekha Toh Aisa Laga' but as his name came up in the #Meetoo movement, makers decided to remove his name from the film's credit.

Hirani name was called out earlier this month for sexual harassment when a woman "assistant" alleged, according to an article in HuffPost India, that he had sexually abused her more than once between March and September 2018 while working on the film 'Sanju'. Celebrities like Arshad Warsi, Sharman Joshi and Javed  Akhtar have spoken in support of Hirani.