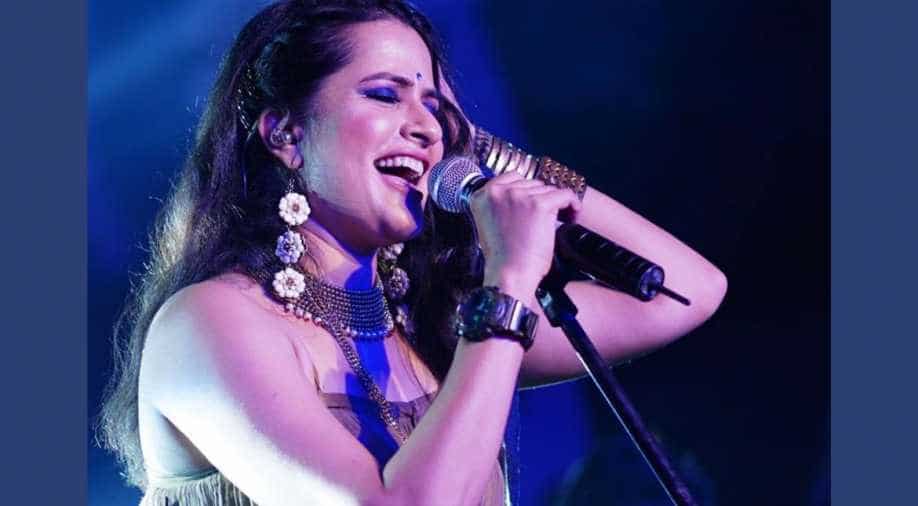 Sona Mohapatra Exclusive Interview: Sona Mohapatra spoke to WION about being one of the few female solo artists who connects with the ‘real India’ and not just to people limited to metro cities and her source of positivity in these unprecedented times.

Busy making music during the lockdown, Indian musician Sona Mohapatra recently released her interpretation of the popular qawwali ‘Nit Khair Manga’ that has been sung by various greats including Wadali brothers and Nusrat Fateh Ali Khan. Opening up about the song and India’s music industry in general, Sona spoke to WION about being one of the few female solo artists who connects with the ‘real India’ and not just to people limited to metro cities and her source of positivity in these unprecedented times.

“I have gotten used to this new life and am thriving. I feel artists know how to live in isolation,” said Sona as she opened our chat with how she is dealing with the new normal amid COVID-19. She added, “I have worked harder than in any other period in my life during lockdown. People are panicking because they can't step out or are bored while I don't have a minute to spare. I'm working 18 hours a day finding other musicians to collaborate with.”

Sona’s ‘Nit Khair Manga’ has been picking up on the internet as more people speak fondly on social media. Was that the intent? Yes, but to give the audience a female perspective. The qalam has been sung as a qawwali by Wadali Brothers in India and the more popular version by Nusrat Fateh Ali Khan. It had never been sung by a female voice recorded in India before. “Found it interesting to interpret it from that perspective, feminine perspective,” said Sona. “All sufiyaana qalams, if you have noticed, are sung from a female gender by a male voice. I have researched and tried to find reasoning and one such reason is that it's only in the feminine body form that you find complete surrender and complete love. Which is why men also have to become like a woman when they are speaking to the divine, to feel complete love. There are other interpretations, ” she added.

The song comes packed with a music video featuring a red haired Sona. The musician is a big fan of Asit Kumar Patnaik. She was drawn by one of his muse, a woman with red hair. She used that woman as a source of inspiration for the music video. “Her body is Indian and she is not embarrassed at anything. I saw it as an opportunity to say many things through my video - sending out a message of body positivity. Why do we want to look like sticks? It's good to be fit and healthy but why do we want to look like sticks. A woman navigating a man’s world,” explained Sona, happy with the music video that she hopes gets the love from her fans.

While she keeps her sanity through music, Sona is mindful of the current situation in India as migrant labourers scavenge for food with the economy of the country having taken a bad hit, Sona pointed that “all pain is valid”. She elaborated, “Even the middle class is going through pain. Musicians and artists are in pain. They are usually not the types who would ask for help.. Even in good times unfortunately, we don't have philanthropists or funds from the government to take care of the community. The mainstream are comfortable but the larger part of performing arts and folk artists are hand-to-mouth. In these Covid times, the pain has only increased for them.”

Raising important questions at a time when the entertainment industry like the others is facing an impending uphill task from here, Sona said, “I just heard some days back of a harmonium player committing suicide because of financial reasons. I am among the most fortunate, having tasted a lot of success in the mainstream. I am constantly keeping in touch with these guys. It's time for me to look for the welfare of my own community which is constantly available for free. There is no commissioned work for the longest time. There are remixes all around. Some of the best artists have been floundering for the last many years. One thing for our country as big, chaotic and complex as ours, to be concerned about economic progress; it's all very valid, but can we ignore the custodians of the heritage of the land, of civilisation and culture?”

“We are staring at a dark future,” said Sona, pensive talking about the future of the music industry as she raised important points of livelihood. She pointed, “Musicians have to be practical in finding alternative ways of surviving because the society, government doesn't care about preserving cultural legacy. Bhavari Devi carries the legacy of nine generations of oral tradition. Her son prefers to not learn that because there’s not much return and prefers to become a tourist guide when actually he is a cultural treasure. He carries more than 1000 songs in his memory but if he gets Rs 500 to sing through the night, he prefers to leave his art and craft and become a tourist driver. Those are stories from good times.”

Hoping the honourable PM @narendramodi ji’s clarion call for a revival of our grassroots includes some love & financial relief for weavers, folk musicians, artists & other creative communities in #India in due course. I know most are struggling & staring into an uncertain, scary future. Artists are the creative custodians of any civilisation & have zero protection or support at most times. These times are the worst & I pray we do not lose our heritage in these tough times @smritiiraniofficial 🙏🏾#20LakhCroreStimulus #atmanirbhar #bharat #India

“In earlier times, patrons of art used to be Kings. They used to celebrate them because their contribution was immeasurable, unquantifiable. You can't put it to numbers. Today, if not just money, there could be just some acknowledgement. Media has no space for music, musicians, artists,” said Sona emphatically on the plight of local artists who have not gained mainstream fame and are non-Bollywood, adding, “Artists need patronage to survive.”

While the future is bleak and uncertain, Sona is positive, “There’s a lot of love in my land. There is a lot more than what meets the eye.”