Shahid Kapoor's latest picture with wife Mira Rajput is all about love! 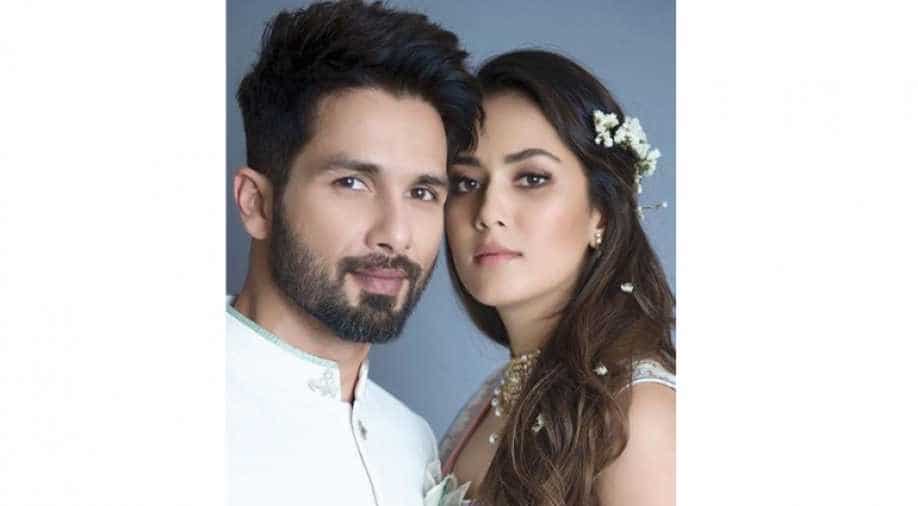 The actor is busy gearing up for his next film titled 'Kabir Singh' which is a Hindi remake of Telugu blockbuster 'Arjun Reddy'.

Bollywood actor Shahid Kapoor never shies away from showing how much he loves his wife Mira Rajput Kapoor, and the latest picture of the couple is proof of their love.

In the snap, Mira can be seen leaning on Shahid while he is embracing her. Shahid has kept it casual with black shades and a light pastel coloured T-shirt, while Mira too, opted for a casual attire with minimal makeup.

The much-in-love couple has made headlines time and again for their undeniable chemistry.

Both Mira and Shahid are quite active on the photo-sharing application and keep sharing pictures of their children and family outings.

Shahid and Mira tied the knot on July 7, 2015, in an intimate ceremony in the outskirts of Delhi. They are parents to two children- Misha and Zain.

On the work front, Shahid was last seen in 'Batti Gul Meter Chalu' opposite Shraddha Kapoor. Now, the actor is busy gearing up for his next film titled 'Kabir Singh' which is a Hindi remake of Telugu blockbuster 'Arjun Reddy'.The film is slated to release on June 21, 2019.