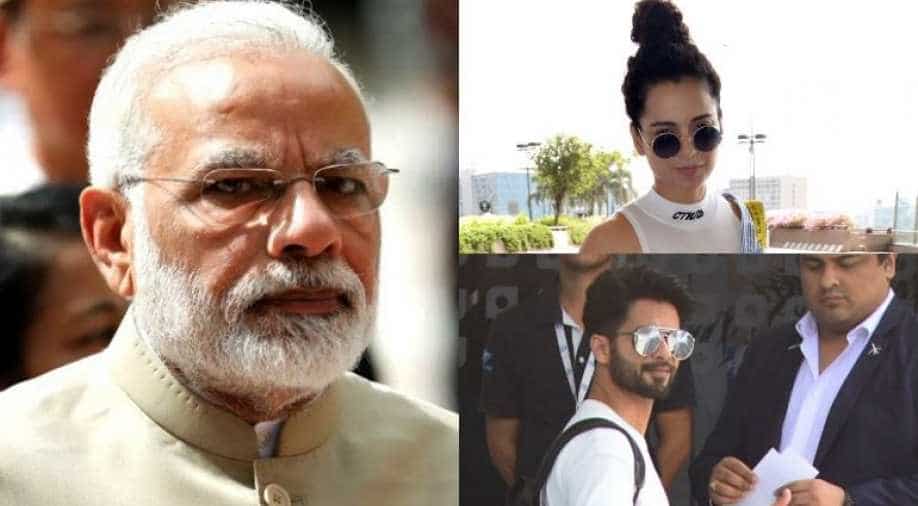 Other than Bollywood celebrities, leaders and representatives of eight countries, including Sri Lankan President Maithripala Sirisena and Bangladeshi President Abdul Hamid, will be seen participating in the swearing-in ceremony.

A number of Bollywood stars are set to attend PM Narendra Modi's swearing-in ceremony. Actress Kangana Ranaut, a vocal supporter, and admirer of PM Modi was clicked at the Mumbai airport on Thursday afternoon as she left for Delhi to attend the ceremony that will take place in the evening.

Shahid Kapoor was also spotted at Kalina airport heading for Delhi along with Karan Johar and producer Siddharth Roy Kapoor.

Actress Hema Malini was also spotted leaving for Delhi. Malini has won from her Mathura constituency for the consecutive second time. 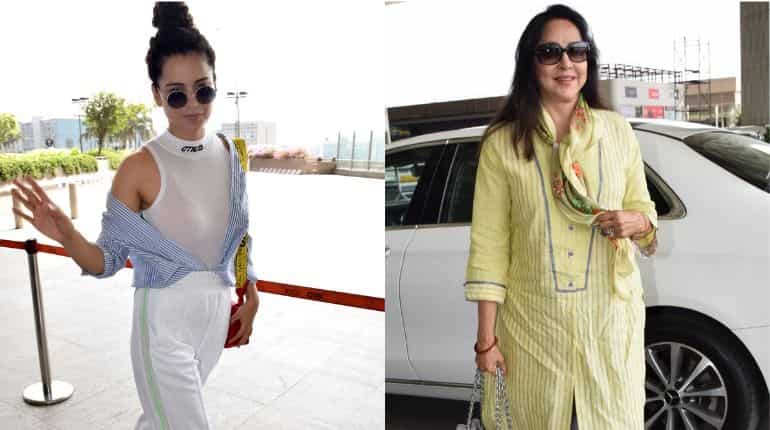 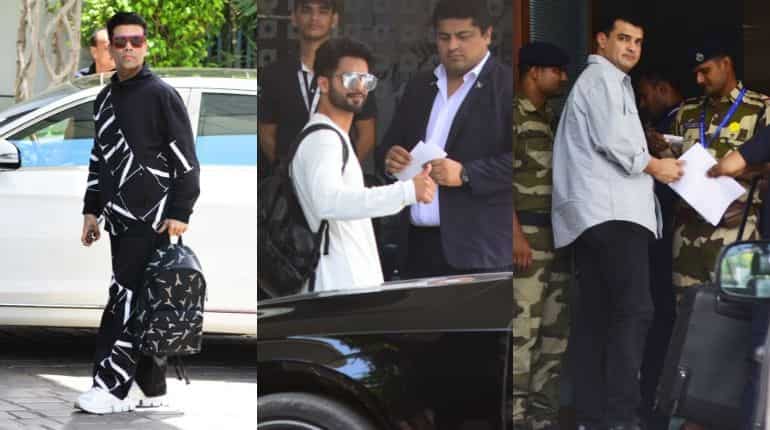 Meanwhile, actors  Vivek Oberoi and Boman Irani arrived in the national capital early on Thursday to attend the swearing-in ceremony.

While Oberoi referred to Modi`s oath-taking day as a "big day for the whole country", Irani said, "Congratulations to the BJP, we hope that they keep standing on to our expectations as they have been doing for the past five years."

Vivek Oberoi recently starred in the biopic `PM Narendra Modi` which made it to the big screens last week after much controversy.

The film depicts the journey of Modi from his humble beginnings to his years as a chief minister and finally his landmark election as the prime minister of the country. The film managed to get a lukewarm start with its day-1 collection totalling to Rs. 2.88 crore.

Boman Irani, on the other hand, will soon be seen in `Made in China`, the shooting for which was wrapped up on Tuesday.

Other than Bollywood celebrities, leaders and representatives of eight countries, including Sri Lankan President Maithripala Sirisena and Bangladeshi President Abdul Hamid, will be seen participating in the swearing-in ceremony here.

The ceremony is scheduled to be held at 7 pm in the forecourt of the Rashtrapati Bhavan. President Ram Nath Kovind will administer the oath of office and secrecy at the event.