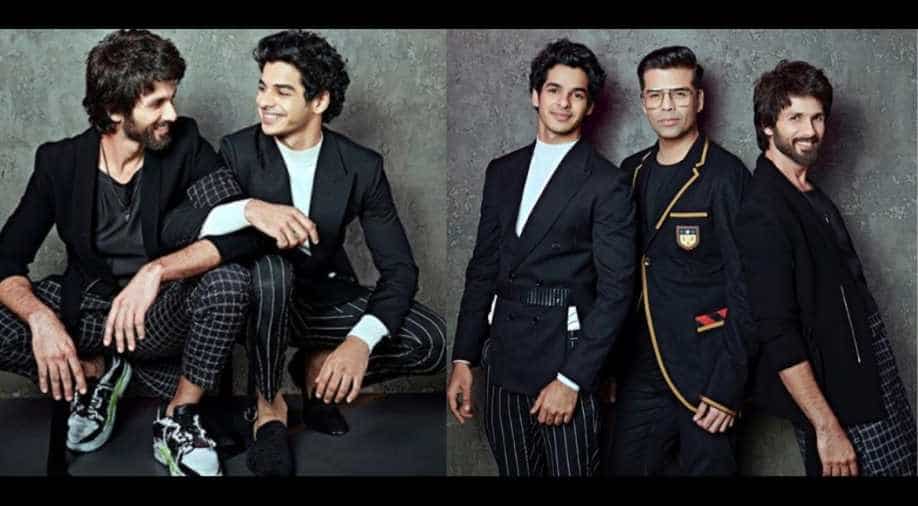 In one of the segment, Karan can be seen asking Shahid what advice he'd want to give Nick Jonas who is married to Shahid's rumoured ex Priyanka Chopra.

Brothers Shahid Kapoor and Ishaan Khatter will be the next guests on the popular chat show 'Koffee With Karan'. Going by the trailer of the upcoming show, the episode is going to be a riot with the brothers talking about their love life, exes and careers.

In one of the segment, Karan can be seen asking Shahid what advice he'd want to give Nick Jonas to which Shahid replies, "Never back down buddy. You’re with the original Desi Girl.”

For those coming in late, Shahid was rumoured to be dating Priyanka while the two worked in 'Kaminey'. While the two actors never confirmed the news, they were spotted making appearances at parties together.

As Priyanka Chopra married Nick Jonas in December 2018 and threw a bash for Bollywood in Mumbai, Shahid and Mira were seen attending the event. So clearly, the two have remained cordial over the years.

The trailer also shows Ishaan admitting that he had once dated a much older woman. The young actor along with his elder brother can be seen addressing rumours about his relationship with Janhvi Kapoor.

The sixth season of 'Koffee With Karan' has seen several siblings sharing the couch together. Arjun Kapoor came with sister, Sonam Kapoor ca