Shah Rukh Khan on friendship with Salman and Aamir: We don’t ever chat about work when we meet 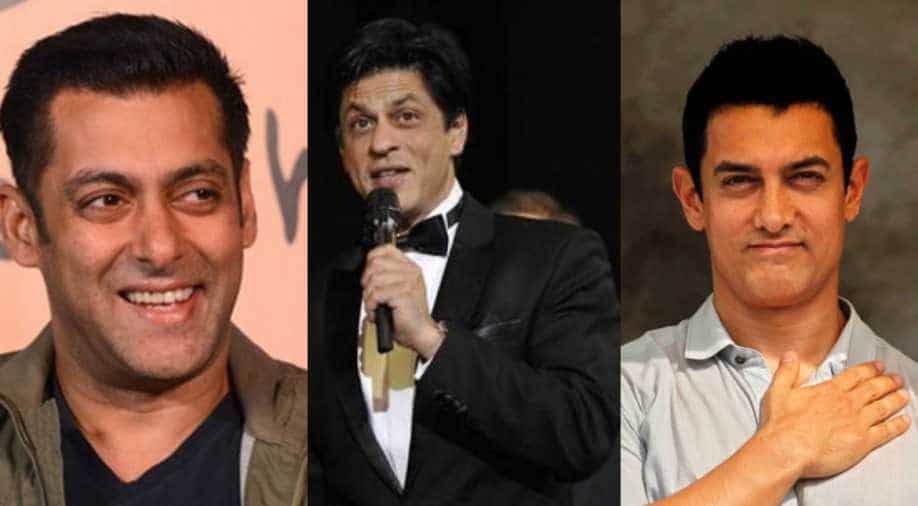 While many would think that they have been on the top for long, Shah Rukh said that neither of them is going anywhere.

The Khan trio -- Shah Rukh, Salman and Aamir -- have remained the indomitable stars of Bollywood ever since they stepped into the Hindi film industry. In a recent interview by DNA, Shah Rukh Khan said that they still have a long way to go.

Talking about his friendship with Salman and Aamir, Shah Rukh said, “The other day, the three of us were together from 9 pm to 8 am. When we meet, we know we are friends. We just keep talking, laughing and pulling each other’s legs. Strangely, while doing that, we’re also extremely sensitive about each other’s losses, sadness and happiness.”

“Having said that, I have a certain respect for Aamir and Salman, which is beyond the fact that I’m their friend. And they hold that, too. So, on public platforms, we’re not like that. I think it was Aamir who said, that if people saw us together, they would say, ‘Arrey, teeno toh bilkul star type nahin lagte,’” he added.

The superstar revealed that the three never discuss work when they get together and said: “We don’t ever chat about work. We just have fun. I’ve known them for 25-26 years now. Whenever I’ve met them, from the time I started to last night, I don’t consider us as a triumvirate, people see it that way. The achievements of Aamir and Salman are outstanding, the ease with which they do it, and the love they have. People don’t see that.”

While many would think that they have been on the top for long, Shah Rukh said that neither of them is going anywhere. He said, “I think I still have a lot to achieve. I can speak for Salman and Aamir, too, because I know they also feel that. All three of us believe that this is not what we set out to make, there’s still more to go.

“We have it in our nature to get over our last film, whether it’s a hit or a flop, and move on to the next one. And that’s what keeps us going. The desire to keep on working for the ultimate goal, which we also don’t know. It doesn’t stop,” he added.