Ryan Reynolds in 'Once Upon a Deadpool' trailer is hilarious! 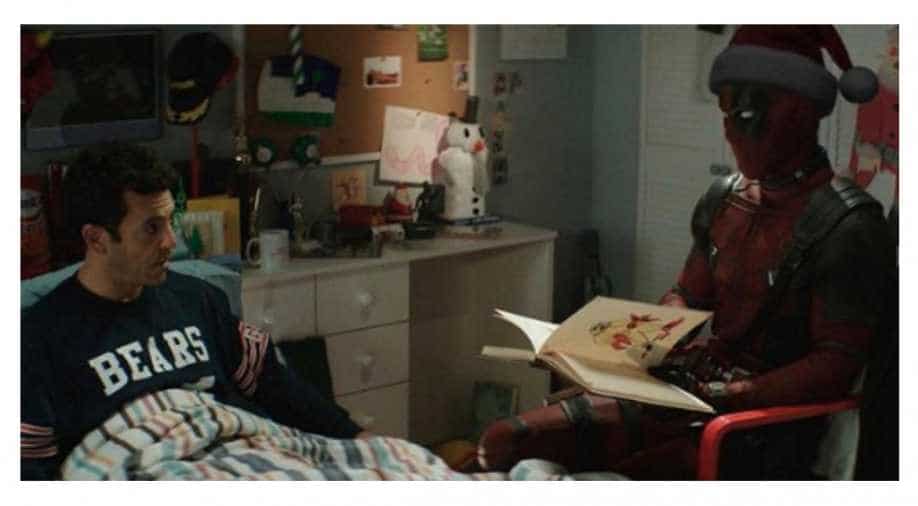 'Deadpool 2' is re-releasing as ‘Once Upon a Deadpool’, a PG-13 rated version for kids.

Good news for kids who have been wanting to catch a glimpse of Ryan Reynolds as Deadpool -- in the latest flick released earlier this year -- as 'Deadpool 2' is re-releasing as ‘Once Upon a Deadpool’, a PG-13 rated version. Also read: When Ryan 'Deadpool' Reynolds trolled Hugh 'Wolverine' Jackman

Both 'Deadpool' and 'Deadpool 2' were R-rated and kids had to sit out for these or wait for their release on some streaming platforms.

Also read: 'Deadpool 2': Did you spot Brad Pitt, Matt Damon in the film?

Just in time for Christmas, the makers have released the trailer of  ‘Once Upon a Deadpool’ that has Deadpool kidnap former child star Fred Savage, famous for being in 'The Princess Bride', and retells the events of 'Deadpool 2' to him as a bedtime story.

In the trailer, the two engage in a hilarious argument around Fred’s reluctance to be in the child-friendly Deadpool re-release, saying he prefers Marvel movies. Deadpool reminds him that this franchise is, in fact, Marvel to which Fred replies: “But you’re Marvel licensed by Fox. It’s like if the Beatles were produced by Nickelback. It’s music, but it sucks.”

Ryan replies: “You were nicer as a kid.”