'Deadpool 2': Did you spot Brad Pitt, Matt Damon in the film? 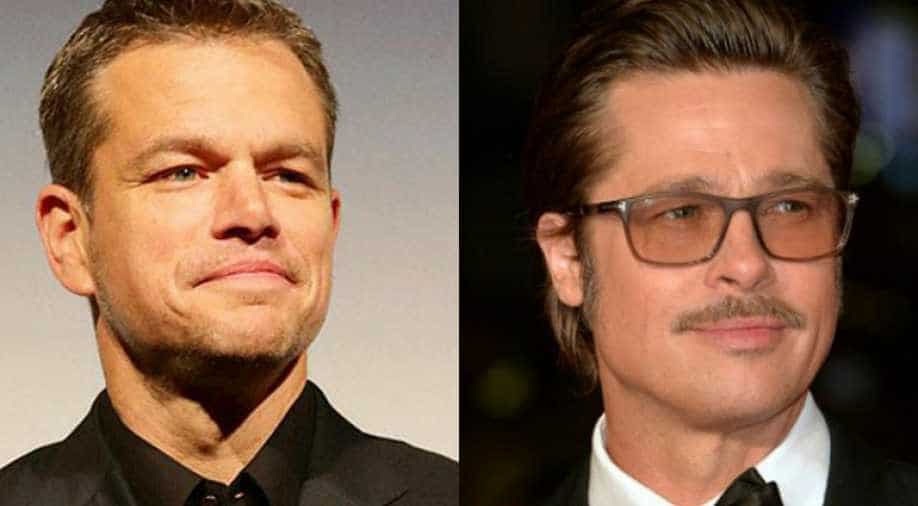 For those who have watched Deadpool 2 would know by now how self-referential the film is. The uncanny superhero Deadpool doesn't spare anyone. The jokes are on everyone really. And just like the jokes, the cameos in the film were in plenty as well.

Among the cameos, the one that perhaps stood out- particularly for the screentime that the character was given- was Vanish's character. Now, just to jog your memory a bit, shall we?

Deadpool hires a bunch of underground superheroes to form X-Force. Among them is Vanish whose superpower is, well,  that he can vanish. There is an underlying joke throughout on whether Vanish is actually ever present with the rest of his team members. As X Force decides to rescue Russell, the mutant kid, by sky-diving- things begin to go awry. It's only then do you see the actor who plays Vanish- it's none other than Brad Pitt. The actor is seen only for a brief second as his characters electrocute to death.

Apparently, rumours had it that Brad Pitt would play Cable in the film, which ultimately was played by Josh Brolin. According to reports, Pitt agreed to be a part of the film for that limited time just to tease fans who were excited about the rumour.

Another Hollywood star whose cameo got everyone excited was Matt Damon. Damon starred in a scene with Josh Brolin's character Cable.

He appeared as one of the rednecks arguing about toilet paper when Cable makes an appearance. Damon then is seen giving toilet paper manifesto (no less!) to Cable.

Apparently, Deadpool 2 writer Rhett Reese had his own toilet paper manifesto that he offered to co-writer and lead Ryan Reynolds and together they decided to include the bit in the movie. Damon agreed to feature in the scene as he thought it was hilarious.

Not just Damon and Pitt, but Hugh Jackman, James McAvoy, and other X Men cast all had small cameos in the film.

Deadpool 2, opened to good numbers on Friday worldwide. The film has already upstaged Avengers at the Box Office.