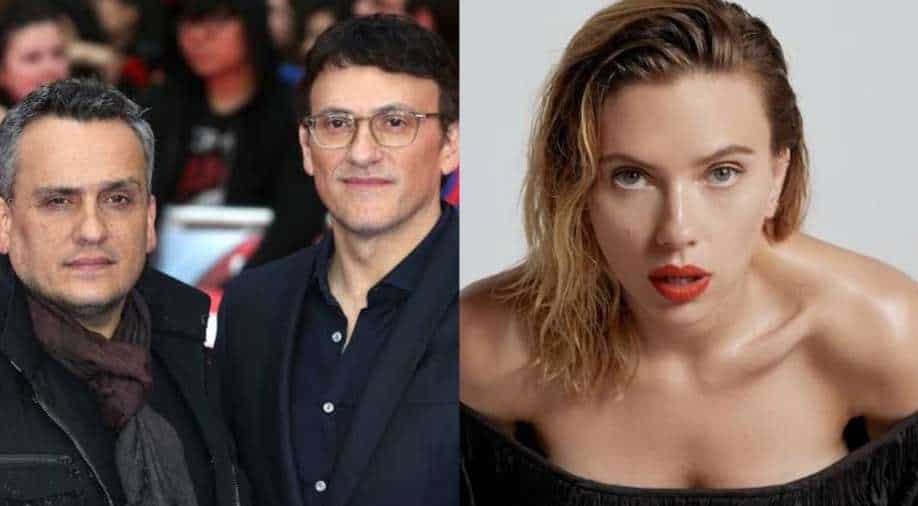 Joe and Anthony Russo have come out in support of ‘Black Widow’ actress Scarlett Johansson.

Last year, The Walt Disney faced a lot of backlash after they decided to release Marvel’s film ‘Black Widow’ on an OTT platform and in theatres at the same time. Since this decision affected the film’s lead actress Scarlett Johansson’s pay deal, several film fraternity members came out in her support.

Now, in a recent interview with Den of Geek, directors Joe and Anthony Russo opened up about the Black Widow Disney+ rollout and shared their views on the dispute between the company and Johansson.

The Russo Brothers called out the famous studio for its unfair treatment towards its artists. And, they stood in support of the actress.

In a new interview with Den of Geek, ‘Avengers: Endgame’ director Joe said, “We’re certainly concerned with the trend in the market that’s moving away from artists”

Addressing how Johansson was treated by Disney, Joe said in the interview, “That was really not an appropriate way for them to handle that situation. It was disturbing to us as artists. Scarlett is a good friend of ours, and we were disheartened by how it was handled. We’re glad it’s resolved.”

Post the incident, Johansson filed a lawsuit against the company and took the matter to the court. Sharing that her pay cheque was tied to box office gross, she claimed that it was negatively impacted by the simultaneous streaming release.

In a statement at the time, Disney had stated, “The lawsuit is especially sad and distressing in its callous disregard for the horrific and prolonged global effects of the COVID-19 pandemic.” After this statement, things turned ugly in the press. However, the two parties decided to come to a settlement outside of the court.

The Russo Brothers are all set to release their upcoming spy film ‘The Gray Man’ on Netflix. The film stars Chris Evans, Ryan Gosling, Ana de Armas and Jessica Henwick among others.