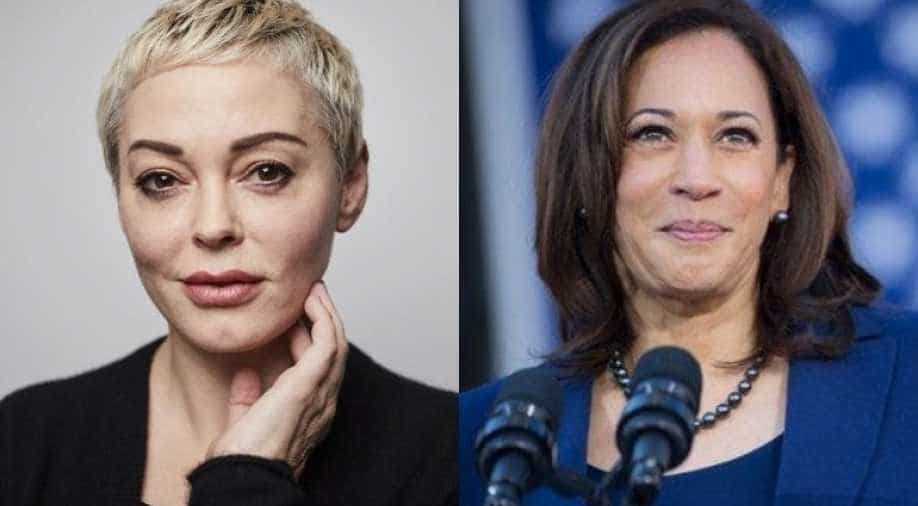 Senator Kamala Harris may have created history on Tuesday by becoming the first African and South Asian woman in the United States to appear on a national major-party ticket, but actress-activist Rose McGowan isn't too happy with her.

Harris has been named by Democrats Presidential candidate Joe Biden as his running mate in the upcoming elections. Ever since then Harris has been in news, been congratulated world over and celebrated.

However, McGowan criticized Harris over an old incident. Hours after the announcement was made, McGowan took to Twitter to voice her opinion on the senator and those who donated to her past campaigns.

Tagging Harris, McGowan wrote, "Did you return the money Weinstein gave you? @SenKamalaHarris How many predators bankroll you?" as she shared a tweet by Washington Post editor who revealed that President Trump and his daughter Ivanka had earlier donated to Harris's California attorney general re-election campaign.

Did you return the money Weinstein gave you? @SenKamalaHarris How many predators bankroll you? https://t.co/vQmcCllRDB

"Donald Trump donated twice to Kamala Harris when she was running for reelection as California attorney general, according to state records," the reporter tweeted and added, "Ivanka Trump donated as well."

In 2017, when Weinstein's name first came up in the #MeToo controversy, several publications had revealed that the former Movie mogul had donated to several politicians' funds.

A follower of McGowan reminded the actress that Harris  planned to give the $5,000 Weinstein had donated to the non-profit women's rights organization Equal Rights Advocates.To which McGowan wrote, "Good. Still creepy. Everyone knew."

McGowan was one of the first few to speak up against Harvey Weinstein and sexual misconduct.