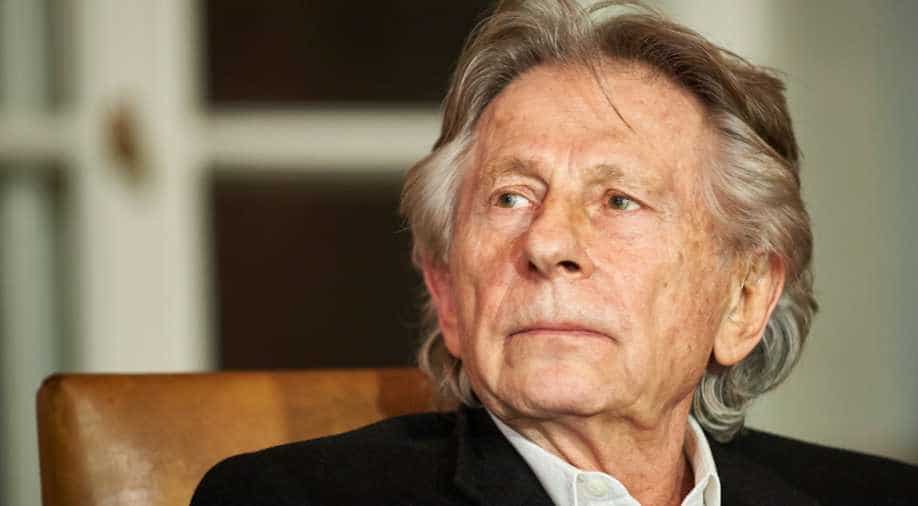 Polanski pleaded guilty to unlawful sex with a minor, or statutory rape, as part of a plea bargain under which he served 42 days in detention while undergoing psychiatric evaluation. Photograph:( Getty )

Polanski's 'An Officer and a Spy', a historical thriller about the persecution of the French Jewish army officer Alfred Dreyfus, has been a lightning rod for criticisms of the film festival, already embroiled in a second year of controversy over the place of female film-makers.

Roman Polanski's new film premieres in Venice Friday after the defiant director lashed out at critics and as fury over his inclusion in the festival cast a shadow over the star-studded celebration of cinema.

Polanski's 'An Officer and a Spy', a historical thriller about the persecution of the French Jewish army officer Alfred Dreyfus, has been a lightning rod for criticisms of the film festival, already embroiled in a second year of controversy over the place of female film-makers.

The 86-year-old, who was convicted for the statutory rape of a 13-year-old in 1978, is not due to appear at the festival.

Venice organisers have been forced to defend the decision to include 'An Officer and a Spy' among the 21 movies selected to compete for the top prize. Only two films in the running are directed by women.

Critics have said the move is out of touch in the era of #MeToo.

"This is a new world and behaviour that would have been swept under the carpet and dismissed as 'this is just the way it is' is no longer acceptable," Melissa Silverstein, founder of Women and Hollywood, told AFP.

Polanski on Thursday responded via an interview with French writer Pascal Bruckner in which he dismissed new abuse claims against him.

He said these were "absurd stories by women I have never seen before in my life who accuse me of things which supposedly happened more than half a century ago".

In the interview, contained in a press pack released to accompany his film, the director was asked by Bruckner if "as a Jew" he will "survive the present-day neofeminist McCarthyism".

The director draws a parallel with his film, which traces the history of the late 19th century Dreyfus Affair -- the wrongful conviction of a Jewish officer against a backdrop of virulent anti-Semitism.

"In the story, I sometimes find moments I have experienced myself, I can see the same determination to deny the facts and condemn me for things I have not done. Most of the people who harass me do not know me and know nothing about the case," Polanski said.

- A 'last master' of cinema -
Polanski fled to France in 1978 and has been a fugitive ever since from the US justice system, despite repeated attempts to have him extradited.

He is currently suing the Academy of Motion Pictures for stripping him of his membership.

The controversy has triggered a heated debate that has threatened to take the sparkle off the glitzy gathering.

Argentine filmmaker Lucrecia Martel, president of the judging panel for this year's Golden Lion top award, told the festival's opening news conference that the inclusion of Polanski had made her "uncomfortable" and that she would not attend a celebration of his movie.

But she later released a statement stressing that she did not object to the selection of the film.

"I have no prejudice against the film and naturally I will watch it in the same way as all other films in competition," she said.

The festival is also facing criticism for presenting a new film in a side event from director Nate Parker, who was embroiled in a rape trial while still at university.