Remembering Khayyam: 12 songs by the late composer which became classics 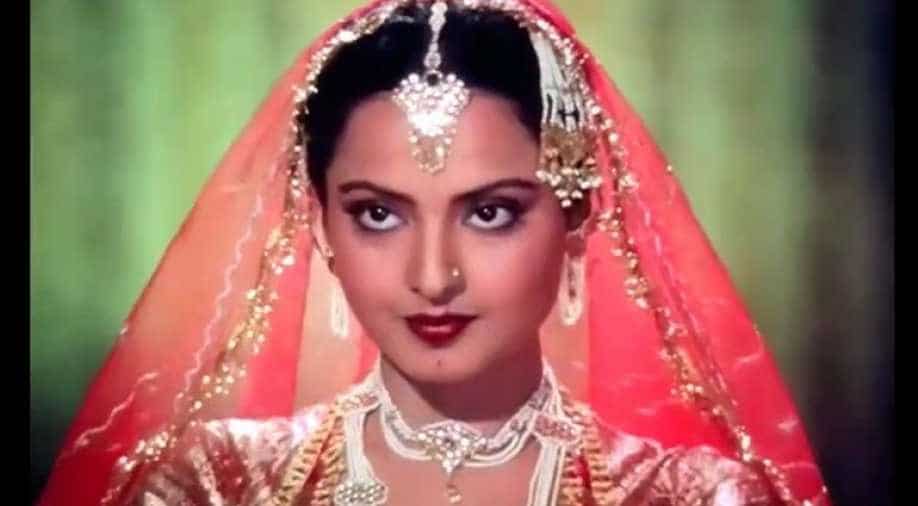 Rekha in a still from 'Umrao Jaan'. Photograph:( Twitter )

While it's impossible to list all the great songs that he created in his illustrious career, here is a look back at some of the classics.

Not many know, that Sa'aadat Hussain who later came to be known as Khayyam, had served in the Army during the Second World War before he came to Bombay to try his luck in movies. He had by then alreay assisted famous Punjabi music composer Baba Chisti in Ludhiana.

In Bombay, Khayyam started of as Sharmaji of the Sharmaji-Varmaji composer duo and composed music for 'Heer Ranjha' in 1948. The composer had to go solo when his partner- the other half of Sharmaji-Vermaji- Rahman Verma moved to Pakistan post Partitiopn.
Khayyam gained recognition from the film 'Phir Subha Hogi' starring Raj Kapoor and Mala Sinha, in which songs written by Sahir Ludhyanvi and sung by Mukesh and Asha Bhonsle were set to tune by Khayyam.

While the composer gave music to innumerable films in the 1950s and 1960s, it is with yash Chopra's 'Kabhi Kabhi', that Khayyam rose to greater prominence. Teaming up with Sahir Ludhianvi for the film, the songs of the film featuring the then heartthrob of the nation Amitabh Bachchan, songs from 'Kabhi Kabhi' became a rage almost overnight.

Khayyam tasted similar success when he composed soul stirring music for Muzaffar Ali's 'Umrao Jaan' in 1982. His work in the film fetched him the National Award for Best Music that year and gave the auidence classics like 'In Aankhon Ki Masti' and 'Dil Cheez Kya Hai'.

Khayyam's work in films like 'Trishul', 'Thodi Si Bewafaai', 'Bazaar', 'Dard', 'Noorie', 'Nakhuda', 'Sawaal', 'Bepannah','Khandaan.'
Honoured with a Padma Bhushan in 2011, Khayyam breathed his last on August 19. While its impossible to list all the great songs that he created in his illustrious career, here is a look back at some of his classics.