Priyanka Chopra writes a heartfelt tribute for Rishi Kapoor in Time magazine: Hindi cinema will never be the same 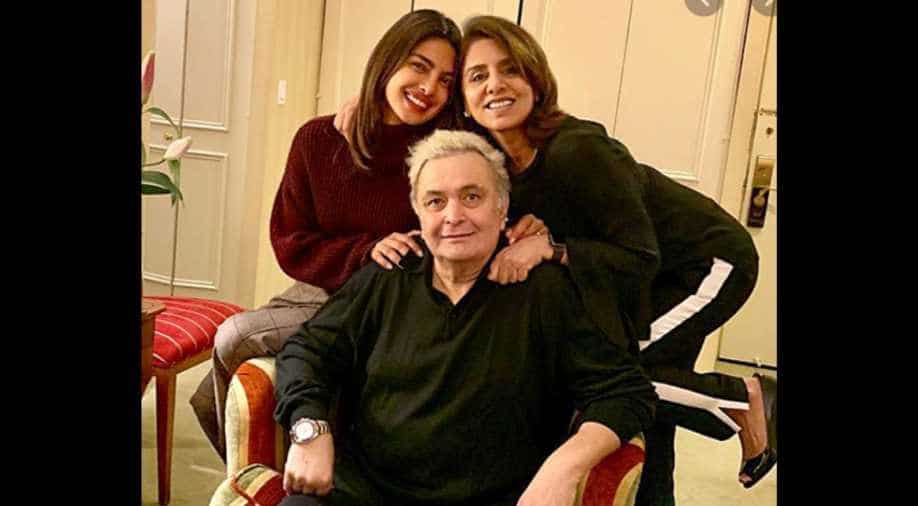 She bid farewell to Rishi Kapoor with a special piece for Time Magazine.

Rishi Kapoor breathed his last on April 30 as he died of leukemia after having fought with it for two years.

While several stars wished the family strength in these tough times, Priyanka Chopra penned a heartfelt tribute to the actor.

She bid farewell to Rishi Kapoor with a special piece for Time Magazine where she not only remembered her ‘Agneepath’ co-star but also reached out to his family Ranbir Kapoor, Neetu Kapoor and Riddhima Kapoor Sahni. Riddhima shares throwback pictures of father Rishi Kapoor; check these here

She assured the family that they are not alone. "The world grieves with you," she wrote. 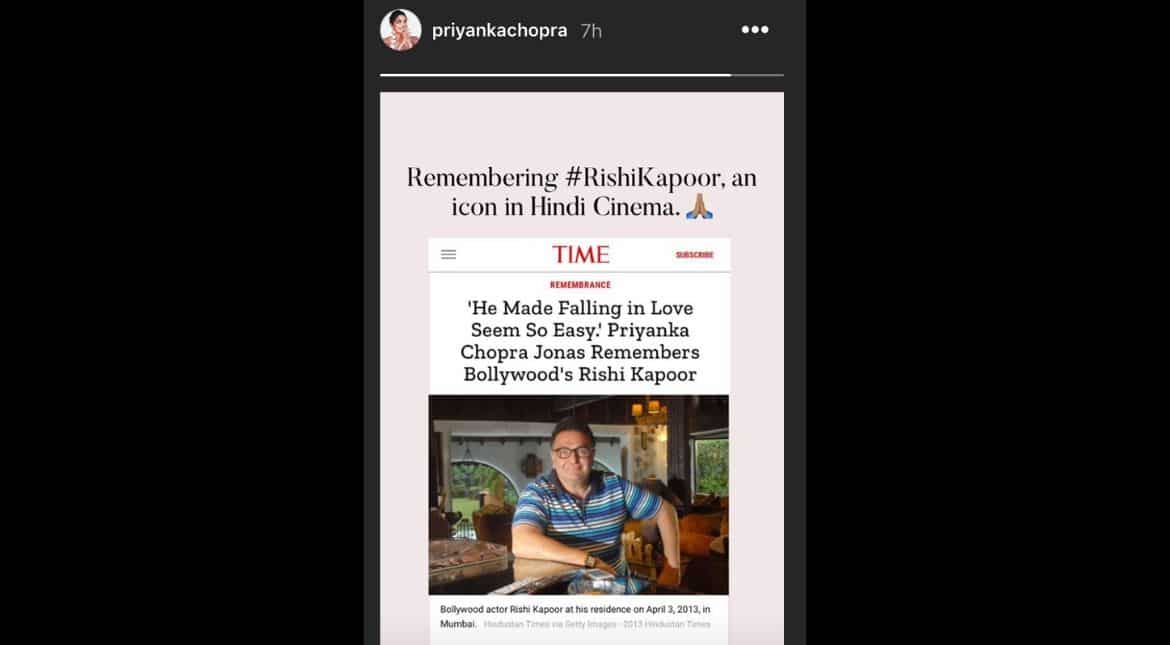 Priyanka further wrote, "The loss of Rishi Kapoor is the end of an era for Hindi cinema, but his contribution to the world of films has been and will always be an inspiration for generations to come. To your beautiful family, Neetu Ma’am, Riddhima and Ranbir: the world grieves with you.”

Priyanka remembered the versatile actor from the set of the Hrithik Roshan starrer film, "I had the privilege of working with him in Agneepath, in which he played a fierce, no-holds-barred character, someone to hate rather than love. The versatility of this genial man will never be experienced again.”

"From his first leading role in 1973’s Bobby, he was the keeper of our hearts, ushering in a new era of romance in Hindi movies. His effervescence and flamboyance instantly set him apart. He was a hero who could feel without being maudlin. He was mischievous, rebellious, passionate—and he made falling in love seem so easy and so within our grasp."

"His charisma was in his extraordinary smile, one that made his fans go weak in the knees. And when he danced, he made us all want to jump up and join him," she added.

Priyanka quoted Raj Kapoor's ‘Mera Naam Joker’, which saw Rishi essay the younger version of his father in the movie, and said, "As his father said in his legendary movie Mera Naam Joker, the show must go on”, and then thanked Rishi for all the magic, memories, and his candid heart.

"I’m so grateful for having had the opportunity of knowing you personally as well—your candor, your laughter, your zest for life. That’s how I’ll always remember you. Farewell, Chintu uncle. Hindi cinema will never be the same," she concluded.