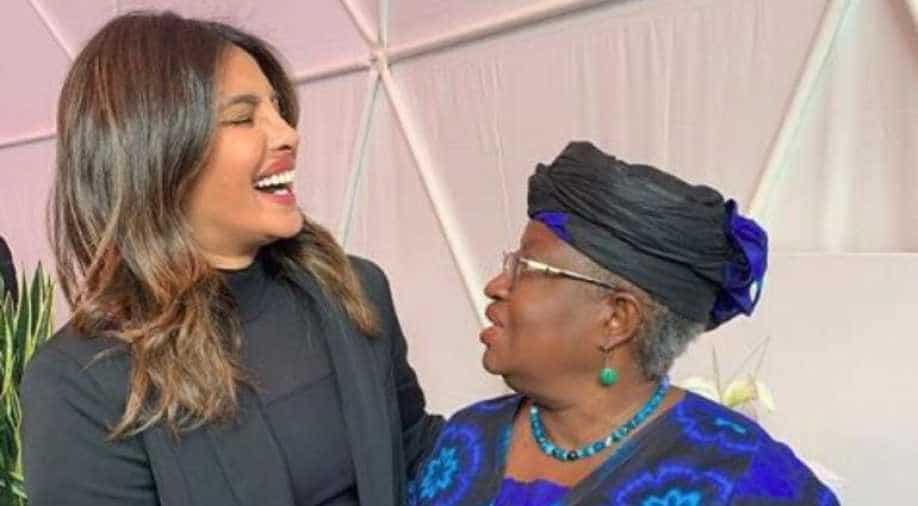 After Deepika Padukone opened up about mental health at World Economic Forum 2020 in Davos, Switzerland, fellow Bollywood actress Priyanka Chopra too made her presence felt at the summit on Tuesday.

After Deepika Padukone opened up about mental health at World Economic Forum 2020 in Davos, Switzerland, fellow Bollywood actress Priyanka Chopra too made her presence felt at the summit on Tuesday.

Priyanka took part in a fireside chat at the summit where she spoke about the need of philanthropy at a bigger scale to bring about solutions to the world's most challenging problems. Priyanka explained how India successfully eradicated polio with the help of 200 million volunteers. She laid emphasis on creating a population, people want to invest in.

Thinking of the future ahead, Priyanka said, "I want my kids to grow up in a world where the world leaders have listened to Greta’s (Thunberg) generation, where the climate crisis is contained if not averted, where a woman’s ability to succeed is a basic human right and not based on geography and chance."

The world we strive for. #Davos2020 @glblctzn @worldeconomicforum

The actress shared multiple posts on Instagram stories from the event on Tuesday including one where she was seen prepping up for the chat in her car. The actor captioned the picture, “In the “office” for my fireside chat with Maria Forbes.” 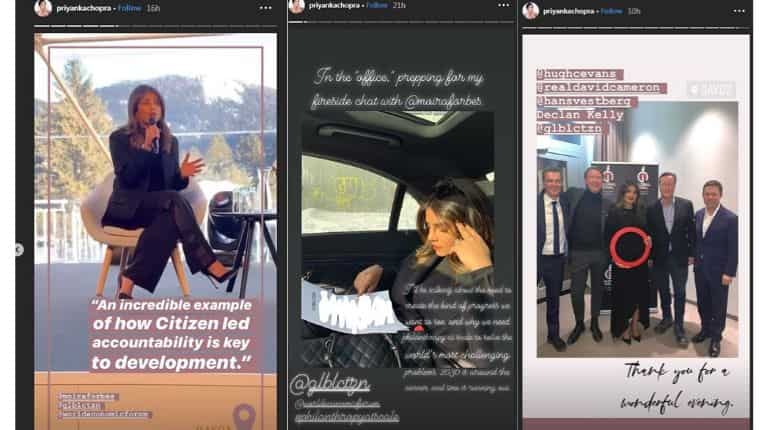 The actress also shared a picture with Dr Ngozi from the meet. Introducing her to her fans, she wrote in the caption, “Dr Ngozi on behalf of Gavi has vaccinated 86% of the world’s children and has saved over 13 million lives since 2000. She is truly doing God’s work. Dr Ngozi is an economist, international development expert and the Chair of @gavialliance - an incredible organization that has helped immunize more than 760 million children and saved 13 million lives. The proof is in the numbers, and it’s evident that with organizations like Gavi and its amazing partners like @unicef and @who, we can eradicate extreme poverty. #Davos2020."

So inspiring to meet with you @NOIweala! The work that you and @gavi do to protect children around the world is truly incredible. Please support Gavi and the amazing work they do by signing the @GlblCtzn petition here https://t.co/RnSjonlTcd https://t.co/My78VQiEDK

Priyanka Chopra has been a goodwill ambassador with UNICEF for over a decade now and was recently honoured with the Danny Kaye Humanitarian Award.