Priyanka Chopra didn't attend Oscars 2020 ceremony but has something for the fans! 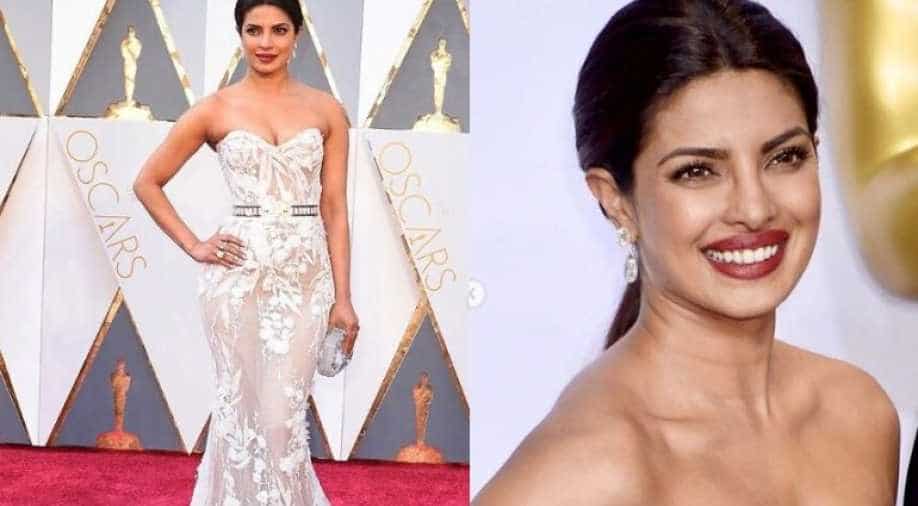 Priyanka Chopra also congratulated the 'Parasite' team and said the craft of artists has the power to transcend borders.

Priyanka Chopra Jonas seems to be missing this year's Oscars night. Just a few hours before the mega event the actress took social media to share her previous red carpet look from the event. See the complete list of winners

Priyanka Chopra has always made a stunning appearance at the Academy Awards red carpet in the previous years.

The actor shared pictures of her two previous appearances at the Oscars and her after-party look. “A little #throwback to my Oscars looks. Which one was your favorite? #Oscars #RedCarpet,” she wrote in a tweet.

A little #throwback to my Oscars looks. ✨ Which one was your favorite? #Oscars2020

“Couldn’t make it to the #Oscars this year but I’ll be watching with you! Lemme know who you’re rooting for! #PCOscarParty,” she added. Priyanka had attended the 2016 and 2017 ceremonies.

Throwing it back to one of the best parties of the year. Rounding up some of my favorite @VanityFair After Party looks. Swipe ➡️ to see.

She also shared an Instagram story of her 2016 Oscars red carpet looks, she wrote along with a video,'' The Academy #Oscars''.

Priyanka Chopra also congratulated the 'Parasite' team and said the craft of artists has the power to transcend borders. At the Oscars, 'Parasite' became the first foreign-language film to win the Best Picture accolade. It also took home the prize for Best Director, Best International Film and Best Original Screenplay.

She recently attended the Grammy Awards with her husband Nick Jonas, where she shocked many with her bold outfit. Priyanka was trolled on social media for her outfit that had a plunging neckline

On the work front, Priyanka recently wrapped up shoot for Netflix’s 'The White Tiger' with Rajkummar Rao. She is now in talks to star in Matrix 4 with Keanu Reeves. The Warner Bros. and the Village Roadshow film which is being directed by series co-creator Lana Wachowski.