Priyanka Chopra celebrates 'Parasite' win at Oscars: Craft has the power to transcend borders and languages 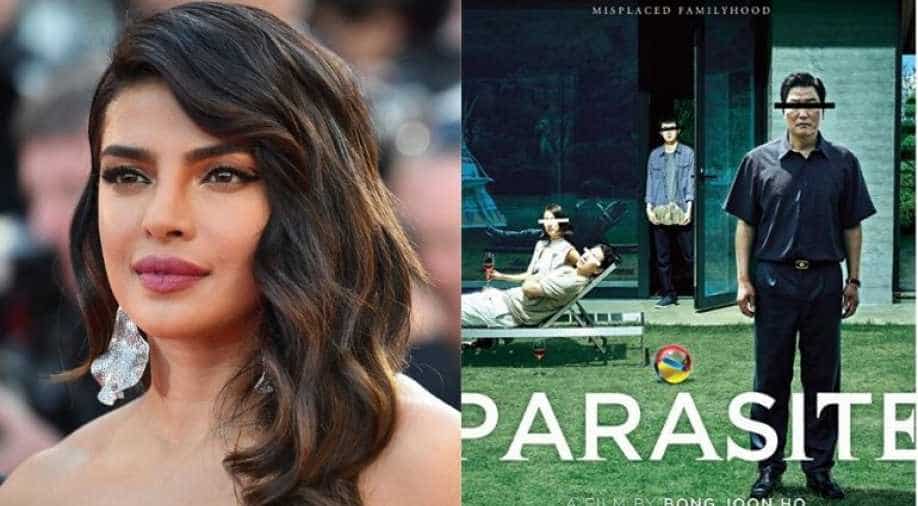 As the world celebrated South Korean drama `Parasite's' historic win the 92nd Academy Awards, actor Priyanka Chopra also joined in to congratulate the team and said the craft of artists has the power to transcend borders.

"Wow, it is so emotional to see an international film like 'Parasite', in Korean with English subtitles, not only receive such a warm embrace from audiences around the world, but also this kind of recognition from one of the most prestigious film academies in the world. It is time for representation," Chopra wrote on her Instagram story. 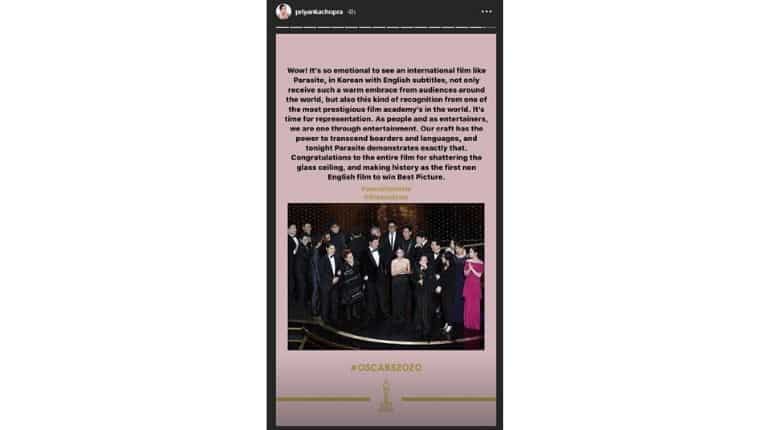 "As people and as entertainers, we are one through entertainment. Our craft has the power to transcend borders and languages, and tonight Parasite demonstrates exactly that. Congratulations to the entire film for shattering the glass ceiling," she added.

Ever since its premiere at Cannes 2019 where it won the prestigious Palm dÓrm the movie has garnered international acclaim and has managed to win awards at Golden Globes, Screen Actors Guild Awards and the Writers Guild Awards.

It is also the first non-English film to win the Screen Actors Guild Award for Outstanding Performance by a Cast in a Motion Picture.

The movie stars Song Kang-ho, Lee Sun-Kyun, Cho Yeo-Jeong, Choi Woo-Shik, and Park So-dam and tells a tale about the members of a poor household, who somehow get employed by a wealthy family by infiltrating the household and posing as unrelated, highly qualified individuals. Things turn awry one night when the rich family steps out for a vacation and an unexpected vistors turns up at their doorstep.