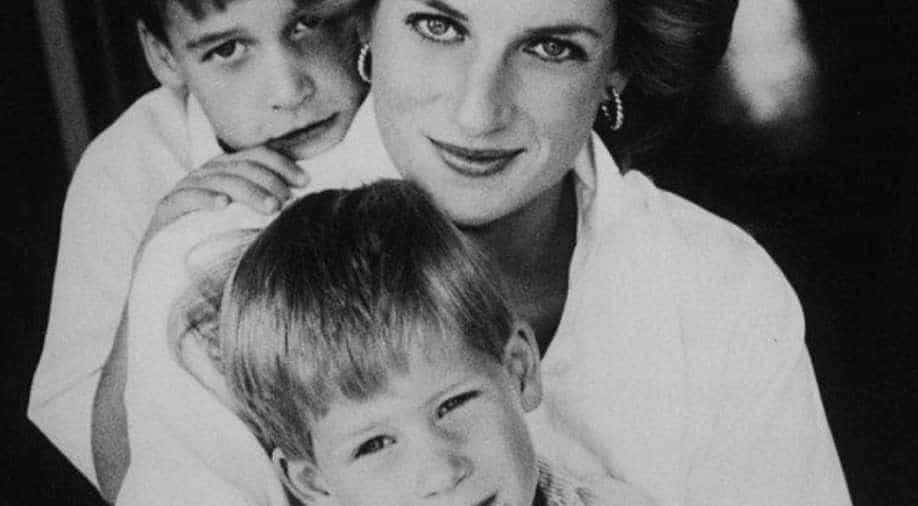 Diana, Our Mother: Her Life and Legacy Photograph:( Twitter )

A source close to Prince Harry is responded to a recent tabloid reports that accused the royal of failing to support his brother, Prince William and protect their late mother, Princess Diana's, legacy.

Prince Harry has rubbished the claims to being against Prince William or the investigation into Princess Diana's controversial interview with Martin Bashir.

A source close to Prince Harry is responded to a recent tabloid reports that accused the royal of failing to support his brother and protect their late mother's legacy.

The source was quoted by E! News saying "Harry is getting regular updates and is aware of everything that is happening."

"You do not need a public statement to imagine how he is feeling privately, people know how much his mother means to him," the insider added.

"He has bravely spoken out in the past about loss and grief, and the immense impact it has had on him. Sadly, some people are not just seeing this as a drive for truth, but also trying to use this as an opportunity to drive a wedge between the brothers."

The source revealed that Prince Harry thinks the commentary surrounding his reportedly fractured relationship with Prince William is "utterly horrid and offensive."

The source's comments come just two just after Prince William addressed the BBC's investigation into the 1995 tell-all interview. On November 18, the royal said in a statement, "The independent investigation is a step in the right direction. It should help establish the truth behind the actions that led to the Panorama interview and subsequent decisions taken by those in the BBC at the time."

According to the BBC, they will investigate whether it's true that Martin Bashir coerced Diana into participating in the interview through the use of false bank documents.

These accusations came to light in the ITV documentary 'The Diana Interview: Revenge of a Princess', which featured the testimony of Panorama graphic designer Matt Wiessler. Wiessler claimed that Bashir asked him to create fake documents that allegedly showed palace staff were paid to spy on Princess Diana.

Earl Charles Spencer, Lady Diana's brother, has asked the BBC for a more thorough investigation into who knew about the fake documents, in addition to an apology for the alleged unethical actions Bashir took.

On Friday, Nov. 20, Spencer wrote on Twitter, "As I've told the BBC this evening, I'm not at all satisfied with the parameters they've set around their enquiry into the @BBCPanorama interview with Diana of 25 years ago tonight. Lord Dyson must be free to examine every aspect of this matter, from 1995 to today, as he sees fit."

As I’ve told the BBC this evening, I’m not at all satisfied with the parameters they’ve set around their enquiry into the @BBCPanorama interview with Diana of 25 years ago tonight. Lord Dyson must be free to examine every aspect of this matter, from 1995 to today, as he sees fit.

He added that he is doing this for Diana, telling ITV reporter Chris Ship, "I feel it's my duty to stand up for her when I can... I feel very passionately that I have a role to honor her memory."

Bashir has not spoken publicly about the claims. According to the BBC, he's unable to address the controversy as he is currently recovering from heart surgery and complications of COVID-19.

At the time of the interview, Diana opened up to Bashir about her marriage to Prince Charles, his affair with now-wife Camilla Parker-Bowles and her eating disorder. She also confessed to her own extramarital affair with James Hewitt.

Interestingly, all these subjects were explored in the latest season of Netflix's 'The Crown'. Read the review here.