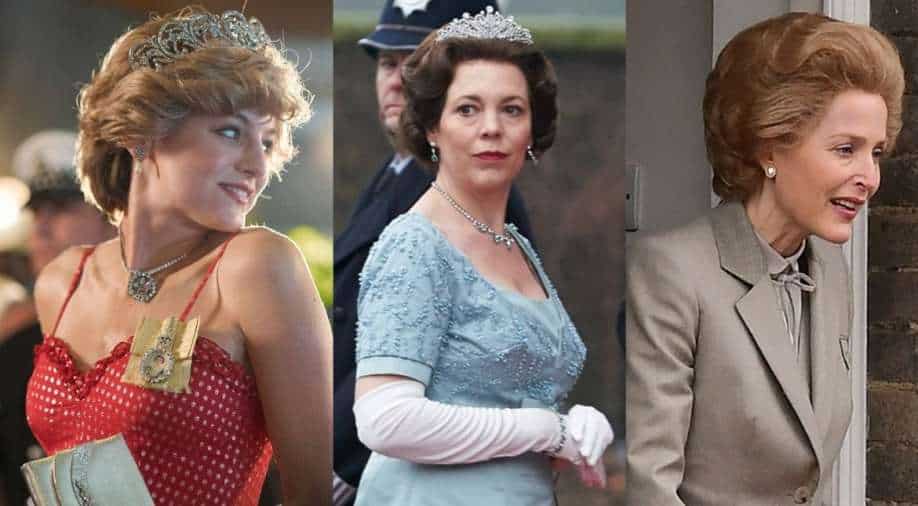 While Olivia Colman’s character remains in focus in almost all episodes considering she’s running the show, two new women characters of Margaret Thatcher and Princess Diana pull the balance from under the Queen, time and again.

Netflix’s ‘The Crown’ is back with another season as it takes the story of the British monarchy forward by a few years. Olivia Colman returns as the reigning monarch (Queen Elizabeth II) in 'The Crown' season 4 with Tobias Menzies as Prince Philip, Helena Bonham Carter as Princess Margaret, Josh O'Connor as Prince Charles, and Erin Doherty as Princess Anne along with others who play equally important characters.

While Olivia Colman’s character remains in focus in almost all episodes considering she’s running the show, two new women characters of Margaret Thatcher and Princess Diana pull the balance from under the Queen, time and again. While the former does it by challenging the Queen with her vested powers, the latter manages by swaying Britain’s interest in her beauty and charm. Gillian Anderson plays the role of ‘Iron Lady’, the then British Prime Minister Margaret Thatcher with Emma Corin as the doe-eyed Lady Diana.

‘The Crown’ season 4 also plays to the gallery by bringing the much-awaited love-hate relationship of Prince Charles and Princess Diana to the big screen. It brings into perspective the start of what could have been a fairy tale romance to a much-publicised love triangle that brought the British Royals and the entire extended family to the world’s attention and not in a good way. The show also sheds light on late Diana’s health issues -- bulimia and how sadness and loneliness took a toll on the world’s most beautiful woman. The episodes that have Charles and Diana almost have you on a rollercoaster of emotions -- love, hate, jealousy, angst, and more.

Gillian Anderson’s contribution to the show as Margaret Thatcher deserves a special mention too even though she doesn’t sound or look like the late British PM. The actress, however, nails the act with her impeccable take on mannerisms of Thatcher.

‘The Crown’ season 4 is equally rich in story and drama and scores big on bringing to account the important events of the world that had an impact on countries across the globe. From the Falklands War to Lord Mountbatten’s assassination, the Netflix show does not fail in weaving a historically-rich story while offering the audience equal doses of opulence, authenticity, and unabashed drama. The costumes and the palaces continue to enthrall you throughout the show.

'The Crown' season 4 is streaming on Netflix. It premiered on November 15.

R. Kelly has a dark side, hidden from the general public: Prosecutors