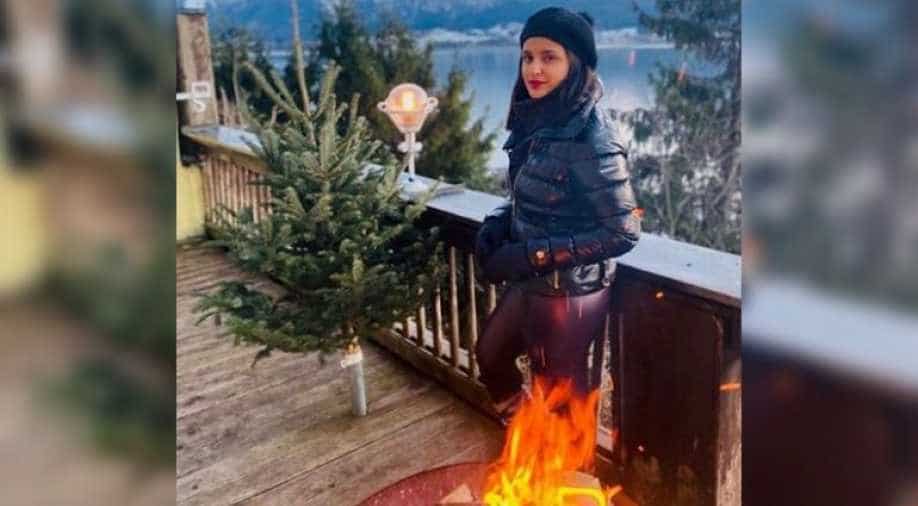 Actor Parineeti Chopra who is currently enjoying her leisure time in the valleys of Austria shared a picture from her vacation on Tuesday and expressed her adoration for the Yash Raj Films banner.

The 'Jabariya Jodi' actor took to Instagram to share a picture of her posing in the beautiful valley wearing a black puffer jacket and black knee-length boots paired black beanie cap of the same color.

Didn’t find a chiffon saree in my bag but I played some Yash ji songs in my head. Same no? 🥰 #YRFGirlForever

"Didn't find a chiffon saree in my bag but I played some Yash Ji songs in my head. Same no? #YRFGirlForever," the actor captioned the picture.

The remark was indicative of movies produced under the Yash Raj Films banner famous for their songs shot in lush valleys, usually featuring female actors in pretty chiffon sarees.

On the work front, the actor was last seen in director Prashant Singh's comedy-drama 'Jabariya Jodi' opposite actor Sidharth Malhotra.

Chopra will next be seen portraying the role of Indian badminton player Saina Nehwal in the biographical drama 'Saina'.