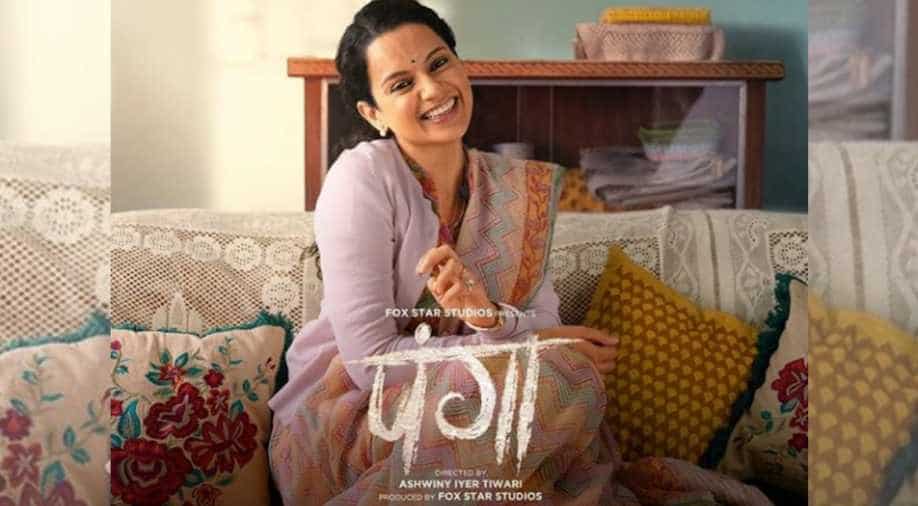 The words of the title track 'Panga' are penned by Javed Akhtar and is voiced by Harshdeep Kaur, Divya Kumar, and Siddharth Mahadevan.

Kangana Ranaut is all geared up in her kabaddi player avatar for her upcoming Bollywood film release 'Panga'.

And, the title track is here to warm up one`s morning exercise schedule.

The 'Panga' song takes one through a 32-year-old mother Jaya's struggle to get back into shape and continue pursuing her career in the game. She is a former world champion, who has lost her identity over the years.

Apart from the upbeat music by Shankar-Ehsaan-Loy, the in-between quirky dialogues by Kangana's onscreen son or from the boys in the park along with the continuous struggle to regain fitness by Kangana, make the video an inspiring watch.

As the song advances, Jaya gets fitter and a step closer to her dreams. The plot revolves around the concept 'Every mother deserving a second chance to live her dreams'.

The title track was shared on Kangana's official Instagram and Twitter handles with rapid popularity from her fans and followers.

The words of the title track 'Panga' are penned by Javed Akhtar and voiced by Harshdeep Kaur, Divya Kumar, and Siddharth Mahadevan make the song transmit the message of the film crisp and clear without any veil.

The film also features Jassi Gill as Prashant Shrivastava, Jaya`s husband. Richa Chadda as Meenu and Neena Gupta as Jaya's mother. The film is scheduled to release on the 24th of this month.