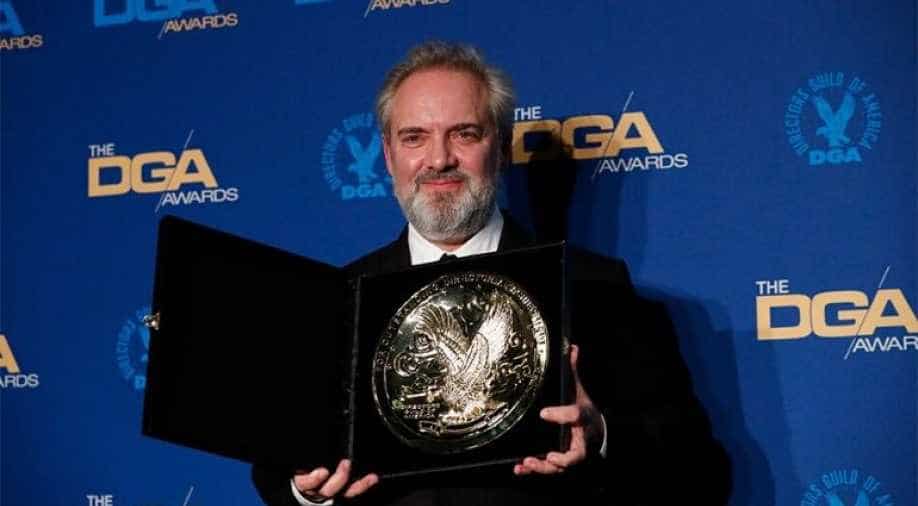 The win comes more than two decades after Mendes first received the DGA award for 'American Beauty', a victory that led to Oscars wins for that film.

The win makes British auteur Sam Mendes hot favourite for the best director Oscar the Directors Guild of America Awards have correctly predicted the victor the past six years running. Read our review of the film here.

The movie, which follows two British soldiers on a perilous mission across no man's land, has already scooped the Golden Globe for best drama and has 10 Oscar nominations. Also read: This is why Sam Mendes' '1917' is front runner for Oscars

"To those who kick dirt on the grave of the movies -- not so fast," he said, dedicating the win to his grandfather, whose life inspired the film. "I know it sounds a bit loopy but I did feel he was with us in a couple of occasions when I was struggling," said Mendes. Read about 7 snubs this Oscars nomination.

Victory also boosts the film's frontrunner status for the best picture Academy Award. The win comes more than two decades after Mendes first received the DGA award for 'American Beauty', a victory that led to Oscars wins for that film.

Mendes told the news agency that, his first win had been "frightening to be pitched into this sort of frenzy," adding: "I'm 20 years older and I'm probably a little less scared."

The film's two lead actors paid tribute to Mendes. "He's a master of so many mediums... he's pretty much done it all," said George MacKay.

"We'll be very excited to see what happens at the Oscars  I've never been before!" his co-star Dean-Charles Chapman told the news agency. 'Parasite' makes history as first South Korean film to get Best Picture, Best Foreign Film nods