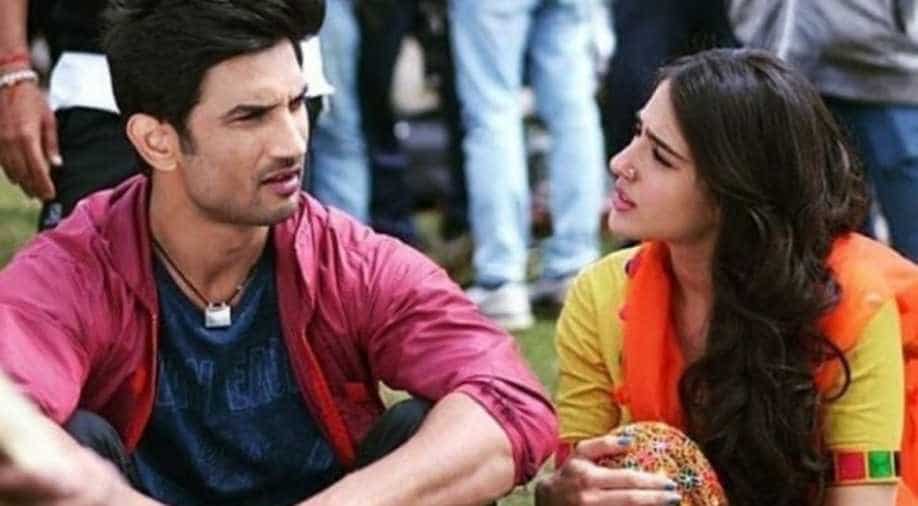 " I don’t think I would’ve been able to do any of it without Sushant. He has just been the most helpful person to have had," Sara can be heard saying.

An old video has resurfaced which has Sara Ali Khan praising late actor Sushant Singh Rajput for helping her during the shooting of their film 'Kedarnath'.

In the video, Sushant can be seen sitting next to Sara as she says, “I don’t know how I’ve done in the film. I’ve really, really tried my best. But I don’t think I would’ve been able to do any of it without Sushant. He has just been the most helpful person to have had. There were days when I was a little lost, I was a little scared, but he was just always hands-on. Whatever broken Hindi I speak, Sushant has taught me." The video is from the time when the two actors were promoting the film prior to release.

Directed by Abhishek Kapoor, 'Kedarnath' was Sara's debut film. A few days earlier, Kapoor in an interview stated that Sushant was aware and unhappy with the way Sara got more attention for the film.

On learning about Sushant's demise, Sara had shared a throwback photo from the sets of 'Kedarnath' on Instagram with a series of heart and heartbroken emojis.

Sara’s father, Saif Ali Khan, in an interview to a daily said that Sara was shocked and ‘very, very, very upset’ by the news of Sushant’s death. “She liked him very much. She was quite impressed with certain aspects of his personality. She told me he was very intelligent, that he could discuss, you know, Jean-Paul Sartre and he could discuss various aspects of philosophy and engineering and that he had learned how to shoot with a bow and arrow left-handed, and he was very fit as well as very hard-working, and a good actor,” Saif had said.

Sushant died by suicide on June 14. The actor was reportedly suffering from depression.