Not lost in translation: Binoche and Deneuve interpret Kore-eda's 'The Truth' 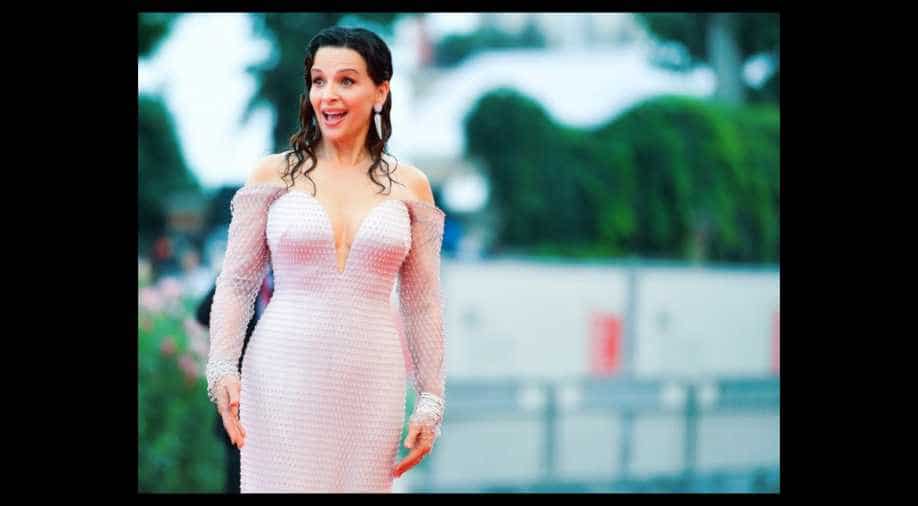 French actress Juliette Binoche poses as she arrives for the opening ceremony and the screening of the film 'The Truth'.  Photograph:( AFP )

Kore-eda's spiky family drama, which also stars Catherine Deneuve and Ethan Hawke, opened the 76th Venice film festival and is among the 21 movies in competition for its top prize.

French actress Juliette Binoche on Wednesday described the challenges of being directed through an interpreter in Hirokazu Kore-eda's 'The Truth' but said working with the acclaimed Japanese director was a "dream".

Kore-eda's spiky family drama, which also stars Catherine Deneuve and Ethan Hawke, opened the 76th Venice film festival and is among the 21 movies in competition for its top prize.

It is the director's first foreign film and was shot in two languages that he does not speak -- French and English.

Shot largely in the confines of a sprawling Paris house, it is about a French cinema star in the autumn of her career whose decision to publish her memoirs prompts a mother-daughter reunion that raises old ghosts.

Oscar-winner Binoche, who plays the New York-based daughter wrestling with the secrets and rivalries that weave through the family, said shooting with Kore-eda "was a dream for me".

She described a complex production process that involved the actors communicating with the director through a translator, but also by interpreting his physical gestures.

Binoche said initially she wondered: "Why is he moving so much?"

But after shooting one particularly tense scene she said she "understood the way that he wanted us to work".

"When I realised what he wanted he stopped moving, he stopped gesticulating so much," she told a press conference ahead of the film's glittering festival debut.

Deneuve, who plays the acid-tongued French cinema star with a knowing wit, said she had "put a lot of myself into the movie. I always do". But she stressed the character was "not me".

The French film legend said the use of a translator was "very unique" and admitted the "frustration we had because we cannot speak in the same language".

But she said multiple meetings with the director to work on the script had allowed the actors a key role in developing the characters.

Kore-eda won best film at Cannes last year with "Shoplifters", about a family of small-time crooks, shone a light on Japan's hidden poor.

It led to comparisons to Britain's Ken Loach, a director known for his raw dramas about struggling ordinary people.

He said he originally started writing the story set in the changing room of a theatre, but reworked it after Binoche approached him to make a film together.

He described the process as collaborative "to create mutual confidence and trust".

Binoche said she was also delighted to work with Deneuve for the first time, adding: "I was very young when I fell in love with her."

The 11-day Venice festival is considered a springboard for the Oscars and this year's line-up includes a bumper crop of stars including Hollywood heavyweights Brad Pitt, Kristen Stewart, Meryl Streep, Scarlett Johansson and Joaquin Phoenix.

Meanwhile from India this year, two films have been selected for the prestigious festival. Malayalam film 'Chola' by Sanal Kumar Sasidharan and 'Bombay Rose' by Gitanjali Rao. There is also Pakistani representation as Saim Sadiq's 'Darling' will get its world premiere at the festival.