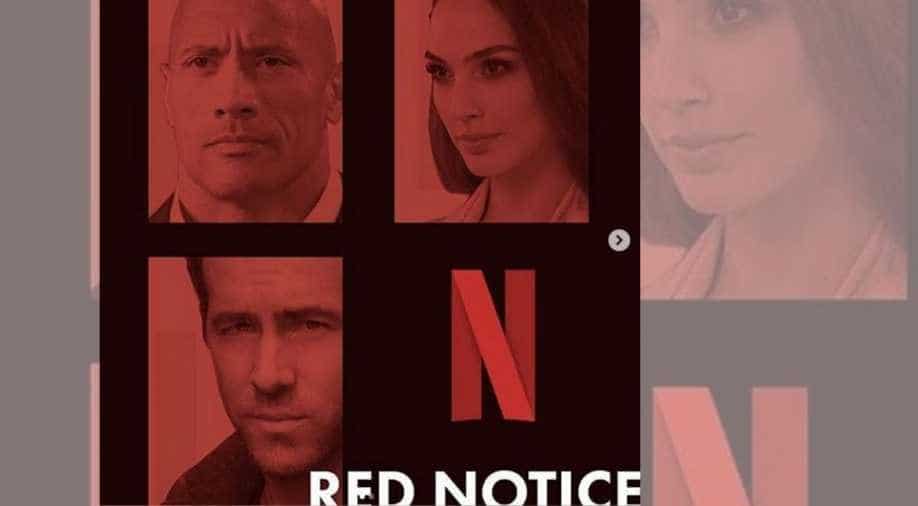 The news comes after Netflix shut downs production on 'Stranger Things' and several other projects.

The news comes after Netflix shut downs production on 'Stranger Things' and several other projects. Since February, the movie was being filmed all over the world, but had recently shifted its production to Atlanta, news agency.

We are pressing pause on our @netflix production of RED NOTICE effective this Monday for the next two weeks. It’s my privilege to speak eye to eye with our entire crew to help give a little clarity and guidance, as the most important thing right now is for us to get everyone home to their concerned families. Gotta protect our babies, spouses, loved ones and elderly. We’ll continue to monitor and assess this situation closely to make the best decisions for our families first and then our businesses. We’re a resilient nation who ultimately, will always rise to the occasion to be accountable and work together to overcome whatever hardship lies in front of us. Our country will do its job, as the rest of the world will do theirs. Everyone please stay healthy, vigilant, safe and let’s protect one another. We’re all in this - together. DJ @sevenbucksprod @flynnpictureco @Netflix

On Saturday, Johnson made the announcement on his Instagram in a video from the set, as he spoke to members of the crew."I really appreciate all your hard work and your patience during this time, but my number one goal for your guys, and its our number one goal too, is that we`re going to get everyone home to their families. This is the kind of stuff that can wait, the most important thing is to take care of our families," he said.

#REDNOTICE is officially ON! @vancityreynolds joins @therock and myself on this @netflix production. So excited about this project! This is gonna be so much fun & I can't wait to share this one with you. Let’s do this boys! #REDNOTICE #NETFLIX

The actor and producer said production will halt for at least two weeks starting Monday but during the two-week hiatus, the cast and crew will still be getting paid.

The upcoming film is produced by Beau Flynn through his FlynnPictureCo., Johnson, Dany Garcia and Hiram Garcia through their Seven Bucks Production banner, and Thurber. Scott Sheldon serves as a executive producer.