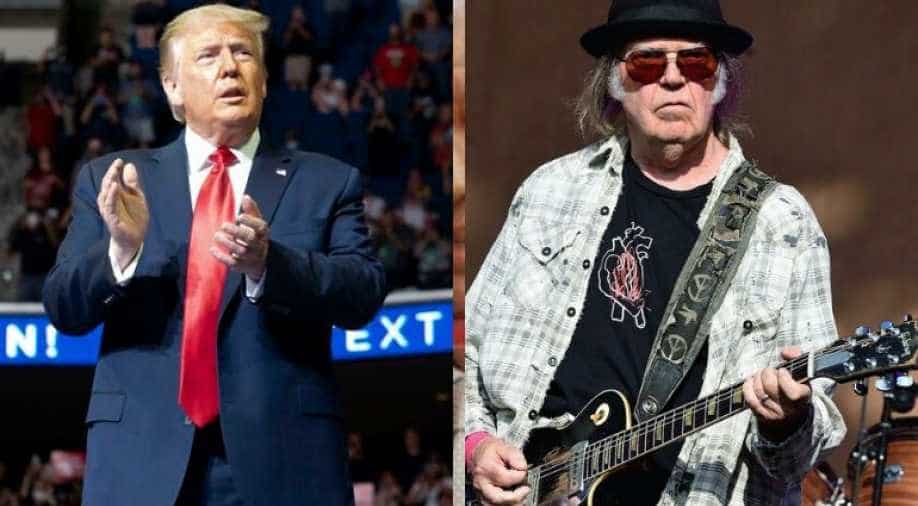 Notably, Neil Young almost sued back in 2016 but ended up not doing so after being told that the campaign venues had obtained public performance licenses from ASCAP and BMI.

With Donald Trump losing the 2020 presidential election, singer-songwriter Neil Young has decided not to pursue him any longer in court over the playing of 'Rockin’ in the Free World' and 'Devil’s Sidewalk' at a campaign rally.

According to a report in Billboard, on Monday, papers were filed that dismissed the copyright case.

Young filed suit back in August with the allegation that Trump’s campaign lacked a performance license. The complaint was the culmination of years of dissatisfaction by Young over Trump’s use of his music.

Notably, Young almost sued back in 2016 but ended up not doing so after being told that the campaign venues had obtained public performance licenses from ASCAP and BMI. After these PROs attempted to limit political uses of music, songwriters have flooded Trump’s campaign with objections.
The suit by Young has now been dismissed with prejudice, meaning that claims can’t be renewed. The notice of dismissal came on the day in which Trump was due in court to respond to Young’s claims.

Trump is still facing another copyright suit over music, although that other case entails the use of a song in a campaign commercial, which requires a different type of license. That lawsuit is being pursued by Eddy Grant over “Electric Avenue,” and Trump is attempting a fair-use defence.

In February, Neil penned down an open letter to Trump and wrote, ''You are a disgrace to my country. Your mindless destruction of our shared natural resources, our environment, and our relationships with friends around the world is unforgivable. Our first black president was a better man than you are''.

"' 'Rockin in the Free World' is not a song you can trot out at one of your rallies… Every time ‘Rockin’ in the Free World’ or one of my songs is played at your rallies, I hope you hear my voice. Remember it is the voice of a tax-paying U.S. citizen who does not support you. Me,"he had added.

Young, who became a US citizen this year, said he began his path to US citizenship because he wanted to vote against Trump in the 2020 election.