Nawazuddin Siddiqui to Bobby Deol: The most loved grey characters of OTT today! 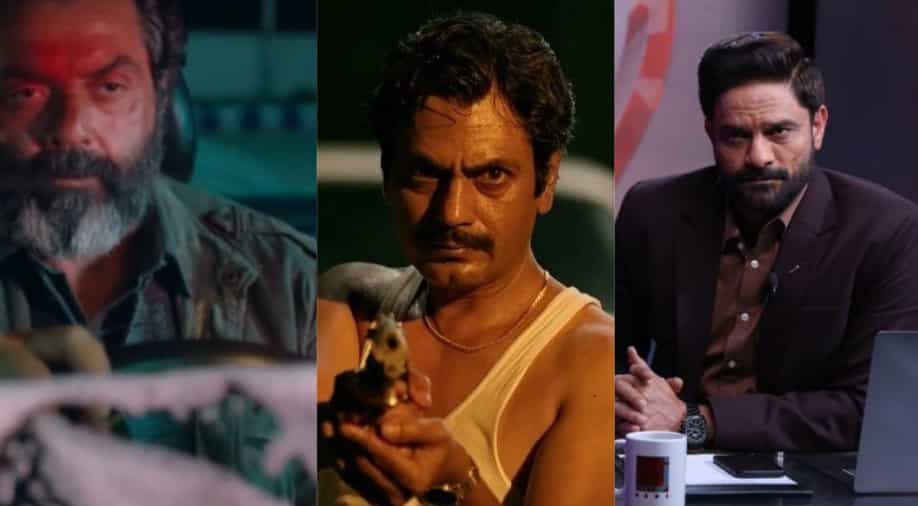 The most loved grey characters of OTT Today! Photograph:( Twitter )

Here are four such grey characters you will remember for years to come. Have a look!

It’s so easy to fall in love with the hero… He is sweet, charming, good looking and always ready to help! But has it ever happened that you watched a series and realised your love for the grey character is more than the hero? It has, hasn’t it? Their roles and characters are so well established, that it leaves a mark on you. Here are four such grey characters you will remember for years to come. Have a look!

Dipankar Sanyal (Jaideep Ahlawat) is a passionate but TRP-hungry anchor. He believes its important to be at the top of the TRP game. A flawed man, Dipankar does not care about the facts but comes with a goal of persuading his audience to believe what he wants to convey, regardless of news being accurate or not. He is cunning but powerful. His screen presence will have you in awe of him. The series is available exclusively on ZEE5.

Ganesh Gaitonde (Nawazuddin Siddiqui) is an Indian gangster who, together with Sartaj Singh, is the show's protagonist. He was Suleiman Isa's rival don. Gaitonde believes that a poor beggar's son can emerge from the slums of Mumbai and build an empire. Sartaj is put in a race against time to preserve Mumbai by Gaitonde. Watch the two in the series which is available on Netflix.

Honour killing has been the subject of several movies and shows but getting an actor like Bobby Deol as part of the script is a rare scenario. Bobby Deol portrays the role of – Dagar who calls himself – Rakhwala. A hit man was hired to assassinate Jyoti (Sanya) and Ashu (Vikrant), who has gone missing. A unique character portrayal by Bobby Deol, persuades the audience with his performance. ZEE5 is the only place where you can watch this series.

Dhamaka is a film starring Amruta Subhash, Kartik Aaryan, and Mrunal Thakkur. Amruta Subhash portrays the boss, a hard nosed, merciless media vulture, with distinctive sass. She'll go to any length to get the TRPs going. Dhamaka is one of Netflix India's most current and hard-hitting films. There are numerous reasons why it should be viewed.