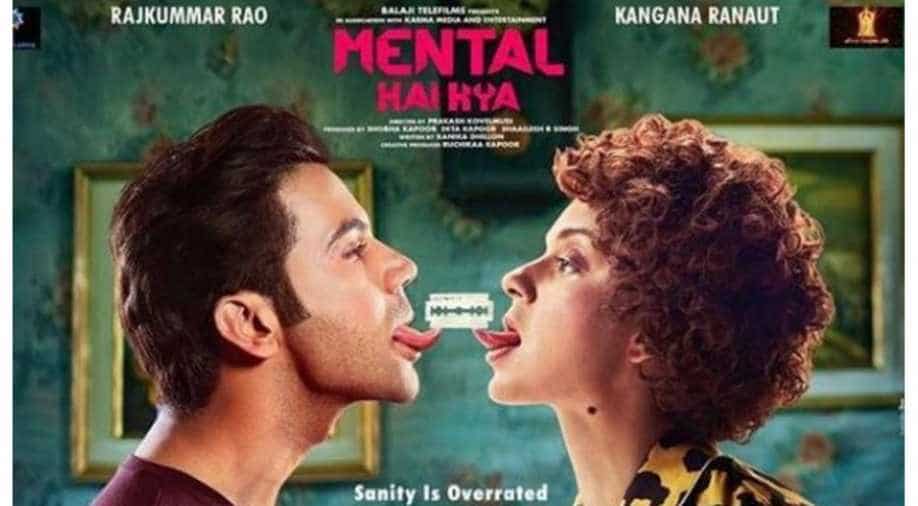 The film has been garnering a lot of attention ever since they started sharing posters of the film.

Rajkummar Rao and Kangana Ranaut starrer ‘Mental Hai Kya’ has a new release date as revealed by a new poster of their film.

The makers released the new poster today. It features both the actors as they balance a blade between their tongues. Kangana sports a close crop curly hairdo. The tagline of the film goes like: ‘Sanity is Overrated’.

Rajkummar also shared the poster and wrote: “Madness has made its cut! Catch Mental Hai Kya in theatres on 21st June 2019.”

‘Mental Hai Kya’ has been helmed by National Award winning director Prakash Kovelamudi. It has been written by Kanika Dhillon who is known for films like ‘Manmarziyaan’, ‘Kedarnath’ and ‘Ra.One’.

The film has been garnering a lot of attention ever since they started sharing posters of the film. They have all been crazy and whacky.