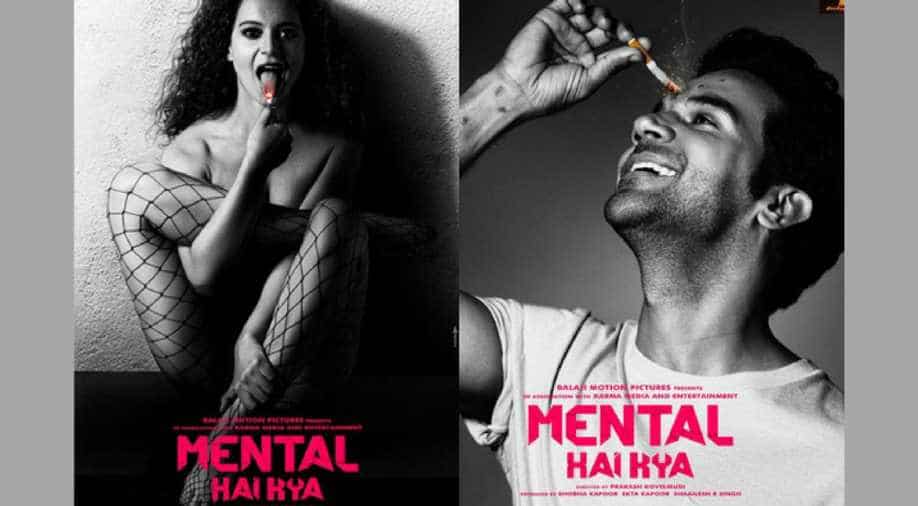 Keeping up with changing time and shorter span of attention of viewers, the makers of Mental Hai Kya have come out with a unique marketing strategy -- releasing short teaser posters of the film starring the lead stars.

In the new look released, Kangana Ranaut and Rajkummar Rao can be seen playing with fire. While Kangana is seen lighting her tongue with a cigarette lighter, Rajkummar is seen rubbing a cigarette stick on his forehead. Interestingly, both are actors are seen enjoying the pain and giving a cunning smile instead of showing pain.

The film has recently gone on the floors and is helmed by National award-winning Telugu filmmaker, Prakash Kovelamudi, who is making his Bollywood debut with Mental Hai Kya. Prakash is previously known for helming films like Bommalata and Anaganaga O Dheerudu.

The film will see the comeback of hit jodi, Rajkummar and Kangana who were seen in 2014 hit film Queen.

In a statement, Rajkummar Rao had said, “It’s an amazing script as it is very quirky and different comedy. Kangana is such a powerhouse performer and we are coming together after Queen along with Ekta Kapoor (producer), so it’s going to be a lot of fun.”

The film is written by Kanika Dhillon and is produced under the banner of Balaji Motion Pictures. It is expected to release in the second half of 2018.