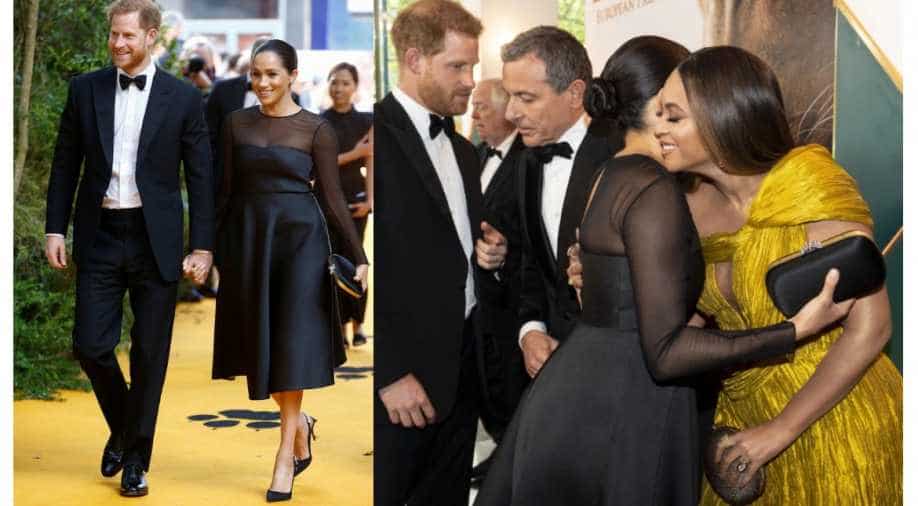 The Duke and Duchess of Sussex were both seen at the event as they walked hand-in-hand.

The new mother Meghan Markle stunned in a knee-length black dress as she attended the European premiere of the film ‘Lion King’ in central London on Sunday. Having given birth to her firstborn, Archie Harrison just two months ago, she carried the after-baby glow pretty well to the event.

The Duke and Duchess of Sussex were both seen at the event as they walked hand-in-hand.

Meghan kept the look classy as her dress was elegantly placed between sheer sleeves, sheer panelling and shiny black. She tied her hair in a bun and carried a black clutch with gold detailing and black heels. Reportedly her dress was by designer Jason Wu.

This outing marked her first ever movie premiere as a member of the royal family.

Meghan was seen mingling the attendees and was photographed embracing Beyonce who stars in the film as the voice of Nala, female friend of Simba.

Meghan was recently also spotted at the tennis tournament Wimbledon where her friend Serena Williams was playing. Meghan was seen with sister-in-law Kate Middleton aka Duchess of Cambridge.