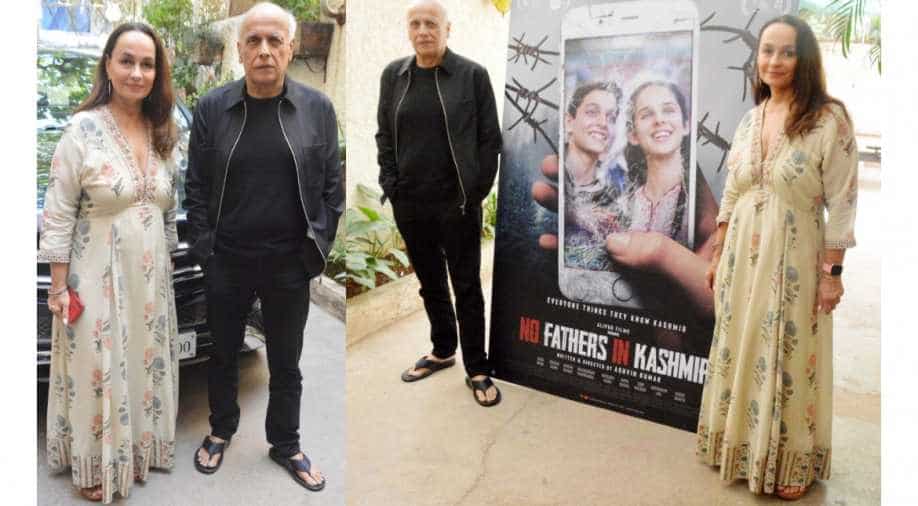 ‘No Fathers in Kashmir’ releases on April 5.

Mahesh Bhatt, at the trailer launch of ‘No Fathers in Kashmir’ spoke about pre-censorship in India that filmmakers are writers think about bringing a film to life.

The film that features his wife Soni Razdan faced a lot of difficulty in getting clearance from the Central Board of Film Certification (CBFC). He said that it saddens him that the film had to face so much to get clearance from the board.

He was quoted: “There is a climate of pre-censorship that a filmmaker and writer thinks ten times before he puts pen to paper on what he should be writing, whether the CBFC will allow it to pass or not... This is a country born out of love for free speech and freedom of expression is a constitutional right.”

He added that he stood by director Ashvin Kumar as he believed in his vision.

"It is a tragedy that the director had to run from pillar to post. What are we trying to do? In this age and time, is there anything called censorship? What is this picture saying? He had the audacity to look at the truth."

"It is a staggering, heart-wrenching film. Ashvin has the guts to embrace all that darkness and then having done that bring us so much 'light'. In these dark times of hate, here is a love story from the blood-soaked Valley of Kashmir which has the audacity to hope."

Bhatt did not mince words as he said that any society that strangles a storyteller is at "great risk" as it is through them the truth comes out.

"There are two kinds of films; one that creates illusions for you and that is what the dream factory is, that is what the major bulk of Bollywood cinema is. There are certain films that choke you and say 'Look at this world'. The stories that Ashvin has brought out are from the people he has interacted with. The right of a filmmaker is sacred, they are the windows through which people view the reality," he explained.

Whether it would benefit Bollywood to get close to the government, he said, "It is not the government that runs a country but it is the people who run the country. We must stop looking at people to guide us and lead our lives the way we think. We should do so provided we don't violate the fundamentals.”

‘No Fathers in Kashmir’ releases on April 5.