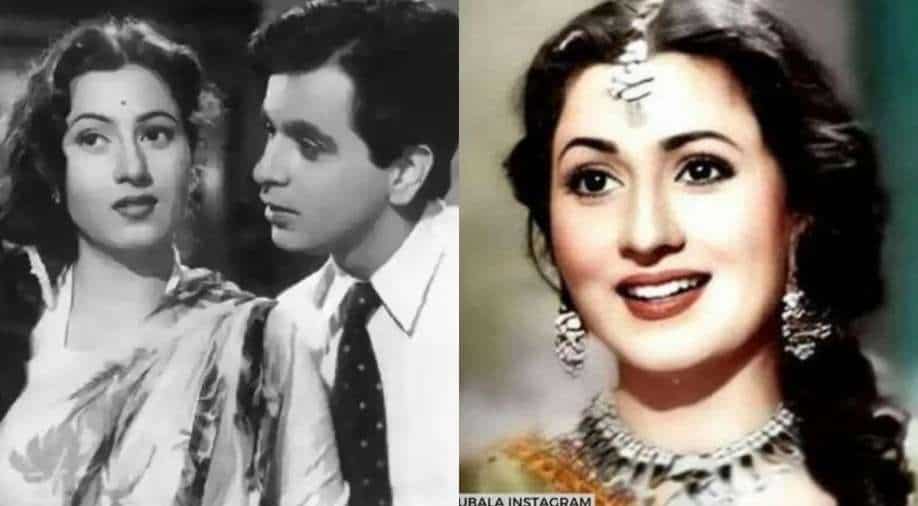 Madhubala's sister in a candid conversation about actress' relationship with Dilip Kumar Photograph:( Others )

Late legendary actress Madhubala was about to get married to Dilip Kumar once. Here's why it didn't happen!

Legendary actress Madhubala, who left for her heavenly abode in 1969, was madly in love with actor Dilip Kumar and they even wanted to tie the knot too. But fate had something else in store for the two. As the two got embroiled in a court case, things started falling off, eventually resulting in their separation. In a recent interview, the veteran actress' sister Madhur Bhushan talked about Madhubala's relationship with Dilip Kumar. She said that their father didn't have any problem with Dilip, however, since he didn't apologise to her father, Madhubala decided to stick to her father's side.

"He didn’t have a problem with Dilip Kumar. Had the court case not happened, Madhubala would have probably got married to Dilip Kumar. She had urged Dilip Saab to apologise to our father. She had tried to convince him to let bygones be bygones, just say one sorry for the sake of their relationship. Dilip saab refused," Madhur Bhushan said.

"Why would the girl who had loved him for 9 long years, why would she give up on that relationship for a deadly father? Why would anyone leave a good man like Dilip Saab? He was the most wonderful human being, it’s just that he wasn’t able to say sorry to our father," she added.

The actress' sister further revealed that  Madhubala didn't want everyone to think that she had left her father for the love. "Apa would try to explain to him that Ataullah Khan was his would-be father-in-law, she was the would-be wife. She tried to say that Ataullah Khan was the one who made her Madhubala and after marriage, how could she break relations with that man."

Madhubala wanted to be a good daughter so she decided not to marry Dilip Saab as the press could have speculated that a prince charming took the damsel in distress away from a bad father. And, she didn't want to show her father in a bad light.

For the unversed, Madhubala married legendary singer Kishore Kumar in 1960. In 1954, she was diagnosed with a ventricular septal defect (hole in the heart). At the young age of 36, Madhubala took her last breath.