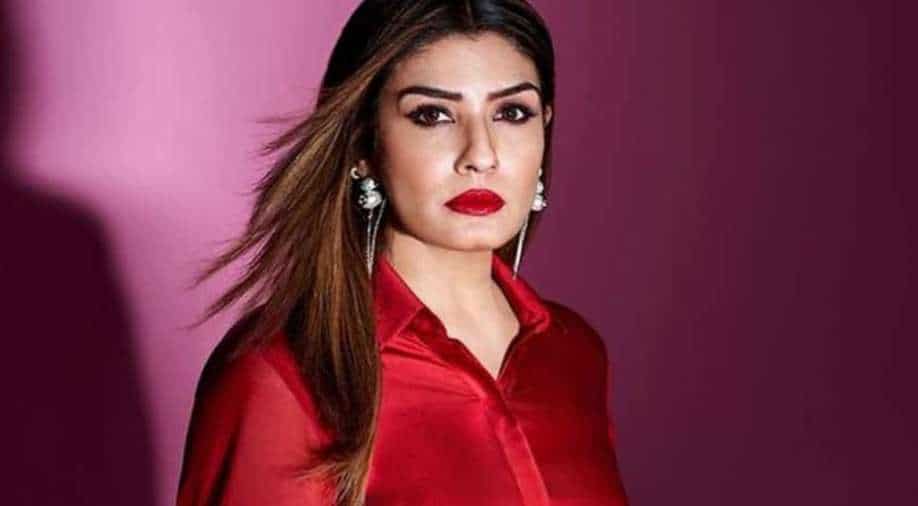 Raveena's tweet about the flora and fauna was not taken well by the Twitterati who were quick to slam the actress.

Bollywood celebrities have been quite vocal about Mumbai's Aarey Colony and the most controversial and debatable topic of the metro car shed. Joining a long list of celebrities, Indian actress Raveen Tandon too reacted to the Metro shed and said that they should protect nature & wildlife.

Raveena's tweet was all about saving flora and fauna and she clearly mentioned that the metro shed is welcomed. But still, her views were not taken well by the Twitterati who were quick to slam the actress. Netizens condemned the actress and asked them to understand the pain of the middle-class people who spent hours on public transport.

Metro Shed . Is welcome , just as long as we protect the wildlife (leopards and flora fauna ) around that forest area, with proper fencing, so that we don’t destroy and kill, but celebrate our humanity on this planet. https://t.co/R2iVTDILBW

Reacting to the news, one user tweeted and asked for her opinion, ''Do elite @deespeak @TandonRaveena @zoru75 know the struggle of middle-class Mumbaikars?”

Retweeting a tweet, Raveera was quick to clap back as she recalled the time when she used to travel in the local and said how she got physically harassed by nameless trolls.

In the series of tweets, she wrote, ''Teen yrs, travelled in locals/buses, got eve teased, pinched, everything that most women go through, earned my first car in 92. Development is welcome, we have to b responsible, not only a project, but wherever we are cutting thru r forests,to safeguard the environment/wildlife. ''

Absolutely @Tushar15_ . If you’ve come to mumbai , you’ll see the metro work thriving.Your misinformed,no one stopped the metro,It’ll be great for the city.If proper care is taken,fencing off the Metro Shed so that there is no danger to the leopards in that area,its a win win. https://t.co/hN9juLpnxL

''Everyone’s life is not a bed of roses ji. Everyone has struggled to reach somewhere.I’m sure you have a house/car too.The day heat waves/flooding/natural disasters strike,it’ll affect the common man first. Elitists will be the first to run away to their Swiss chalet.''

Retweeting a tweet video of a Mumbai local train of a user who called her shameless, she wrote, “Uptil 1991, I travelled like this. And being a girl also got physically harassed by nameless trolls like you. Before I started working, saw success and earned my first car. Troll ji. Nagpur ke ho, hara bhara hai aap ka city. Lucky. Don’t grudge anyone their success or earnings.”

Celebrities like Shraddha Kapoor, Farhan Akhtar, and Richa Chaddha to count a few are among the A-listers who have condemned the cutting of trees for the metro shed.