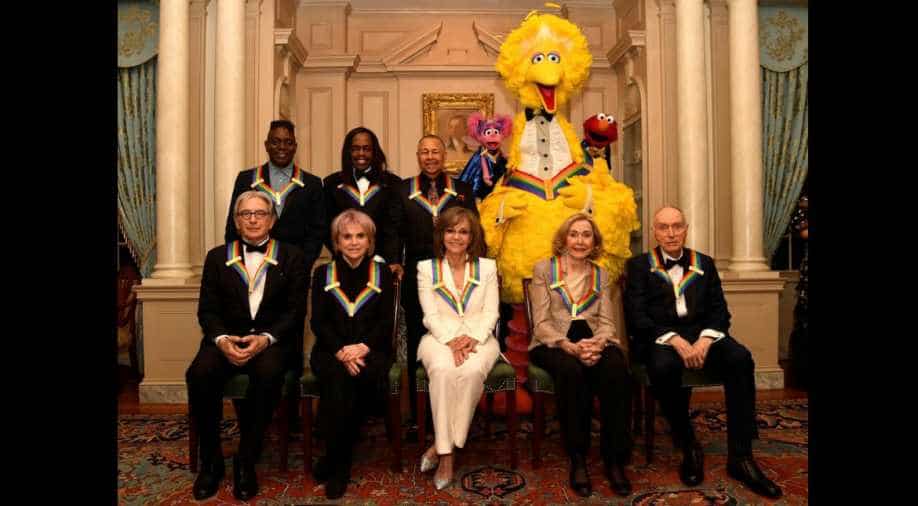 With potential impeachment looming, President Donald Trump did not attend the event or hold the customary reception for the honorees at the White House.

Children's television program 'Sesame Street' and conductor Michael Tilson Thomas rounded out the group of five Kennedy Center honorees who were feted for successful, decades-long contributions to the small screen, large screen, and the stage.

With potential impeachment looming, President Donald Trump did not attend the event or hold the customary reception for the honorees at the White House.

The Republican president opted not to come to the annual show during his first year in office because of controversy over his policies and has not come since.

Politics dotted but did not dominate, the evening.

The crowd at the Kennedy Center gave Nancy Pelosi, the speaker of the House of Representatives, a standing ovation when she was recognized after intermission. Pelosi, a Democrat, has directed the impeachment process against Trump.

The overwhelming focus of the night remained on the artists and their work.

Field, who has won two Academy Awards and three Emmy Awards, drew tributes from actor Tom Hanks, who greeted her with a 'Hi Mama!' in reference to her role as his character's mother in 'Forrest Gump.'

Also known for roles in 'Places in the Heart' and 'Mrs Doubtfire,' Field told reporters ahead of the show that the award recognized a body of work that had resonated with society.

'Sesame Street,' beloved by children around the world, became the first television show to become a Kennedy Center honoree. The show teaches children numbers and letters and celebrates diversity.

A tribute was made to Caroll Spinney, the puppeteer who brought to life popular character Big Bird. Spinney died on Sunday, aged 85.

The night ended with invigorating performances by singers Cynthia Erivo, John Legend, Ne-Yo and the Jonas Brothers in honour of Earth, Wind & Fire, whose members include Philip Bailey, Verdine White and Ralph Johnson. The group has sold more than 100 million albums worldwide.

The Kennedy Center Honors show will be broadcast on CBS on Sunday, December 15.