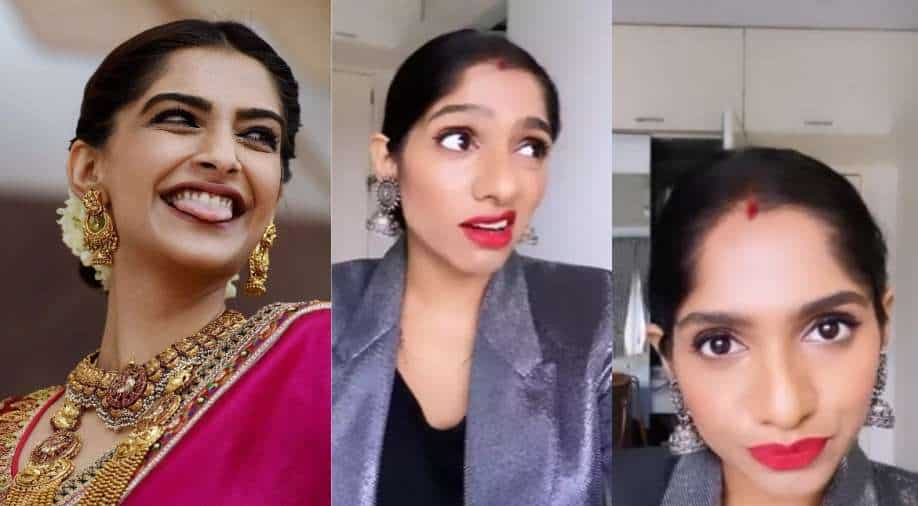 Indian legendary comedian-actor Johny Lever's daughter, Jamie Lever, is a social media star now and her funny, spot-on content has made her viral. Yet again!

Her latest Instagram reel has caught people's attention as she mimicks Bollywood actress Sonam Kapoor in it. To make the act look real, Jamie wore sindoor (vermilion) and Sonam-like statement jewelry, and completed the look with a low tight bun.

Also read: Halloween special: 'Rick and Morty' short to come out next month

Fans have complimented her for getting Sonam's accent and facial expressions right.

"Too good yaa!! 😂😂😂😂😂🔥❤️," one Instagram user wrote, while another commented, "You are too good. Super creative. True that we need More Indian places in this." A third person said, "The sindooooor though 😂😂😂😂😂."

Earlier this month, Jamie lever had also mimicked Indian dancer-turned-reality tv star Rakhi Sawant talking about the Tokyo Olympics and how she was proud of women. That video, too, went viral on social media. Rakhi Sawant herself commented with emojis: "😂😂😂😂😂😂😂😂😂😂😂😂😂😂😂😂😂😂😂😂😂😂😂😂🙌🙌🙌🙌🙌."

Jamie Lever is an actor as well and was last seen in Saif Ali Khan-Arjun Kapoor starrer 'Bhoot Police'.

Valentine's Day 2023 Gift Guide: Best surprise you can plan for your wife