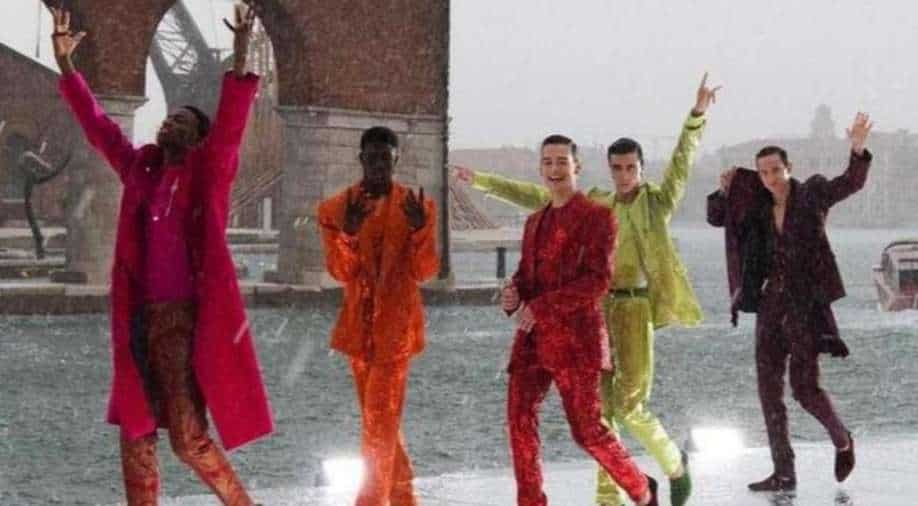 Show must go on! Models walk the ramp for Dolce&Gabbana in Venice amid hailstorm Photograph:( Instagram )

Luxury brand Dolce&Gabbana recently hosted a fashion show in Arsenale, Venice. As the models walked down the ramp, the weather played a major spoilt sport.

Hosting events outdoors is mostly a good idea but nature can play its own game and ruin a perfectly good sunny day. Luxury brand Dolce&Gabbana recently hosted a fashion show in Arsenale, Venice. The show, full of glamour, had some A-list celebrities occupying the front row. The event took place outdoors.

However, as the models walked down the ramp, the weather was a major dampener. In the middle of the show, guests were seen screaming and running for cover. Turns out the show was interrupted by a hailstorm.

Videos that have surfaced on social media show people running for cover even as models sashayed down the ramp.

Some guests took to social media to live streams the “apocalyptical” scene and the videos have gone viral.

Guests including Jennifer Lopez, Vin Diesel, Heidi Klum, Helen Mirren to Kris Jenner, Kourtney Kardashian and Travis Scott and others were seen taking refuge by pulling out their umbrellas. Some even pulled out seat cushions to protect themselves from the hailstorm.

While the guests scurried for cover, the models continued their walk on the ramp. The brand posted images of the models enjoying their walk amid rain on Instagram later.

D&G reportedly had preponed the show by an hour due the bad weather but that did not help the situation much. The designer duo Domenico Dolce and Stefano Gabbana too walked down a very wet ramp shielding their heads with their hands proving once again that the show must go on.