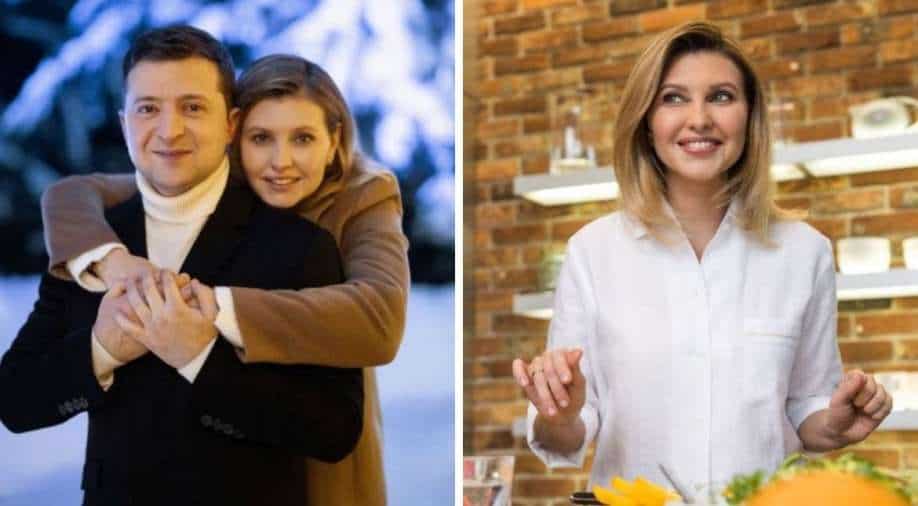 Not just Zelensky but his wife Olena Zelenska has decided to stay with her husband. The couple married in 2003 and share two children together.

While there is an imminent threat to his life, Ukraine's President Volodymyr Zelensky has chosen to stay put in his homeland. Russia has invaded several parts of Ukraine and most citizens of the country have been trying to flee their homes amid heavy bombing and air raids from the Russian side.

Through constant addresses to his nation, Zelensky is assuring his people that he will stay and fight the war.
“The enemy has marked me down as the number one target. My family is the number two target. They want to destroy Ukraine politically by destroying the head of state. I will stay in the capital. My family is also in Ukraine,” Zelensky said in a video statement Friday.

Not just Zelensky but his wife Olena Zelenska has decided to stay with her husband. The couple married in 2003 and share two children together.

Speaking in support of her husband, the first lady of Ukraine too has been continuously communicating with the people of her country on social media.

In a rousing Instagram post on Friday, she wrote, “My dear people! Ukrainians! I’m looking at you all today. Everyone I see on TV, on the streets, on the Internet. I see your posts and videos. And you know what? You are incredible! I am proud to live with you in the same country!”

“And today I will not have panic and tears. I will be calm and confident. My children are looking at me. I will be next to them. And next to my husband. And with you.”

In another where she shared a photo of a baby, Zelenska wrote “This child was born in the Kyiv bomb shelter. This was to take place in completely different conditions, under peaceful skies. It is what children should see… We are the army, the army is us. And children born in bomb shelters will live in a peaceful country that has defended itself.

Who is Olena Zelensky?

The first lady of Ukraine was born in 1978 in Kryvyi Rih. She reportedly studied architecture but changed her profession to writing eventually. She is one of the co-founder of a production house called Studio Kvartal 95 and is credited for writing shows and films that have aired in the country.

As Ukraine's first lady, she has worked towards nutrition reform at the school level. She also played a key role in the development of the National Strategy that includes areas such as gender safety and cultural diplomacy, as noted by the Ukrainian Women’s Congress.