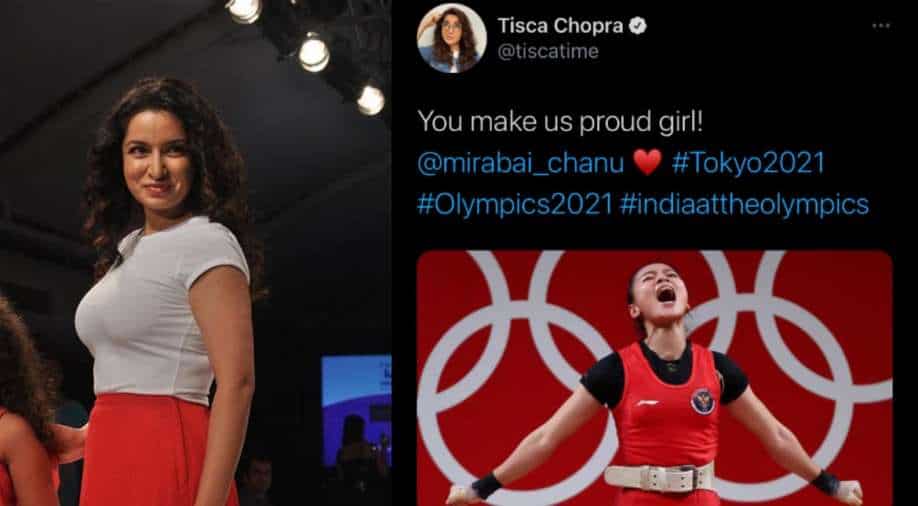 Indian weightlifter Saikhom Mirabai Chanu has won the first medal for India at the Tokyo Olympics 2020 as she bagged silver after lifting 202kg (87kgs in snatch + 115 kgs in clean and jerk) in Weightlifting Women's 49kg category on Saturday (July 24).

Right from Indian PM Narendra Modi to President Ram Nath Kovind, many dignitaries have congratulated the athelete on her win and expressed their elation over the same. 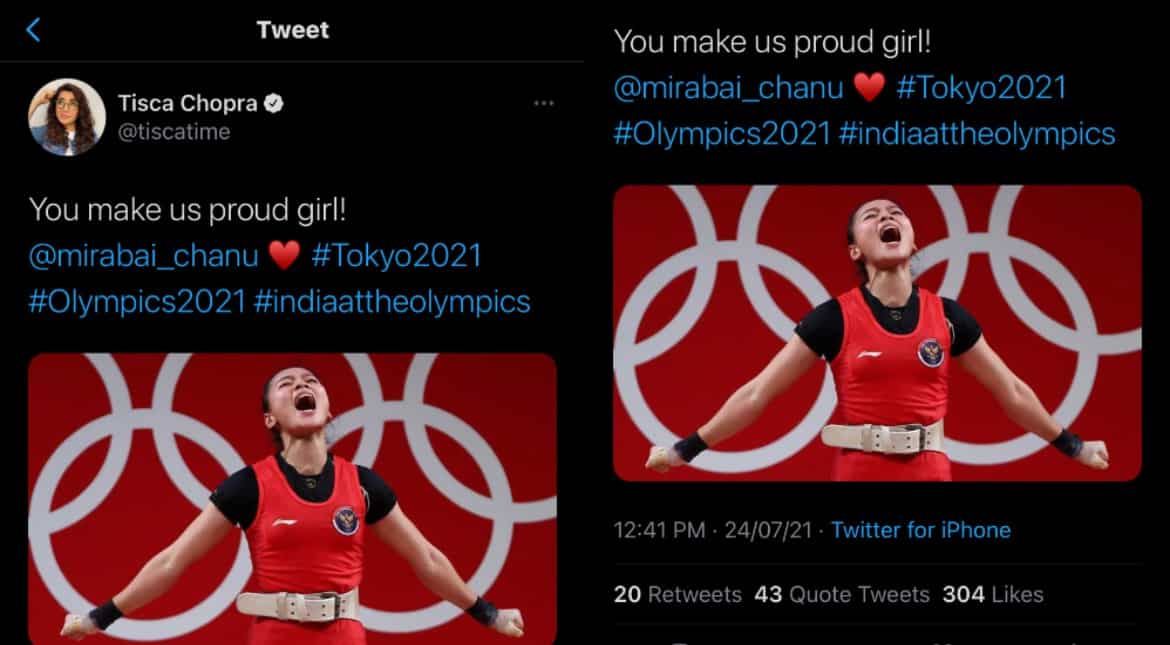 But she attached the photograph of Indonesian weight lifter Aisah Windy Cantika instead of Mirabai Chanu’s. And in no time, people started to troll her for this glaring oversight.

The tweet, now deleted by Chopra after facing backlash from fellow Twitter users, was live for over three hours before she took it down.

After winning the medal, this is what Chanu had to say:

I am really happy on winning silver medal in #Tokyo2020 for my country 🇮🇳 pic.twitter.com/gPtdhpA28z