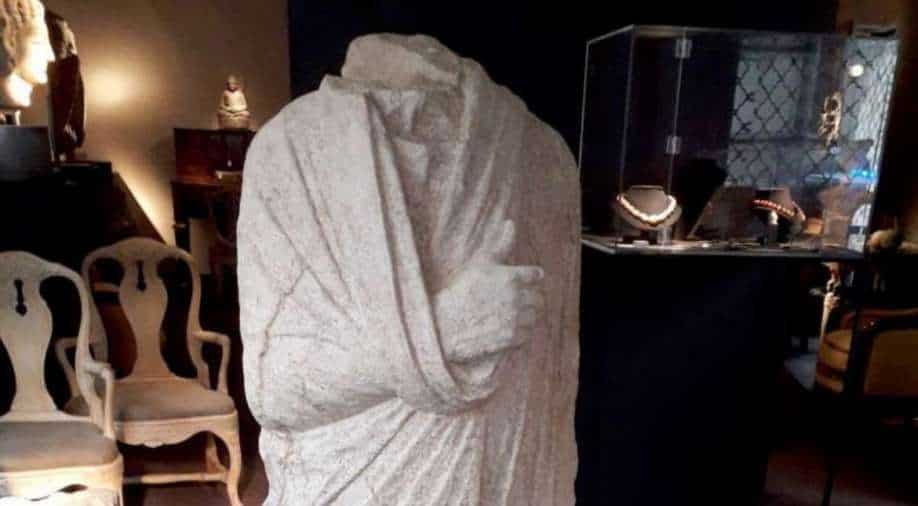 The "Togatus" marble piece, a full-body, headless 1st century statue of a toga-wearing man, was looted in 2011 from a villa in Rome

An ancient Roman sculpture stolen more than a decade ago has been recovered after two off-duty officers spotted it in an antiques shop in Brussels, Italian police said Tuesday.

The "Togatus" marble piece, a full-body, headless 1st century statue of a toga-wearing man, was looted in 2011 from a villa in Rome, the art squad unit of the Carabinieri police said in a statement.

The two officers saw it while walking around the Belgian capital's upmarket Sablon district, known for its antiques and vintage furniture shops, and became "suspicious," police said.

Their hunch was confirmed upon their return to Rome: checking police files on stolen art pieces, they saw that the statue they had spotted was the same as one that had gone missing.

The sculpture, worth around 100,000 euros ($119,000), was confiscated with the help of Belgian authorities and shipped back to Italy in February, police said.

After follow-up investigations, an Italian art dealer who operated under a Spanish false name was charged with possession of stolen goods and exporting the statue illegally.